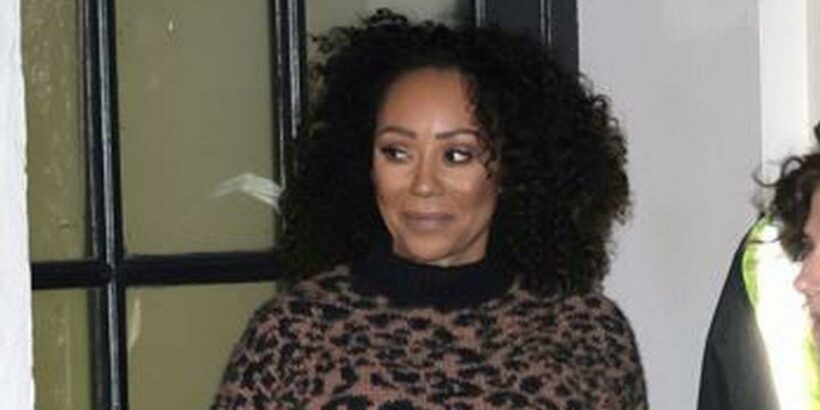 A hoard of stars descended onto superstar Adele's highly anticipated gig at The London Palladium on Saturday evening, including Mel B and Idris Elba.

Mel, who has recovered from battling long Covid, channelled her inner Scary Spice alter ego in a leopard print jumper which she teamed with a pair of high-waisted leather trousers for the occasion.

The songstress was in great spirits as she chatted away with her company while Luther star Idris was joined by his stunning wife Sabrina elsewhere.

The happy couple, who tied the knot in 2019, nailed their off-duty look with Idris in a beige jumper and orange beanie and Sabrina sporting grey joggers and heels.

Sabrina completed her look with a casual jacket atop her shoulders, and her glossy raven bob framed her striking features.

Others at Adele's event included Dua Lipa, who commanded attention in a barely-there baby pink choker-style bralet and matching skirt.

Emma Watson chose to keep things more low-key as she ensured to wrap up warm against the British chill in a chic navy coat over a black outfit.

The Harry Potter star wore black satin stiletto high heels and added a splash of colour with some red lipstick.

Stormzy proved to be wildly successful at the event as he was seen posing for fan selfies.

Others at the An Audience with Adele event, which will air on ITV later this month, included Boy George, Daisy Lowe, Jonathan Ross and Sir Ben Kingsley.

The superstar performed in front of a star-studded audience and belted out her classic hits in front of the lucky attendees.

An Audience With Adele will air on ITV Sunday 21 November and will also be available on the ITV Hub for fans to catch up on and watch again and again.

This is the second TV special Adele, who recently showed off her £7million LA mansion, has taken part in recently.

The one-off chat show, which is set in Oprah's utopia of a garden in Montecito, Los Angeles, will see Adele be interviewed by Oprah.

Oprah and Adele's two-hour show will air on US channel CBS on Sunday 14 November.

The CBS special will also feature a performance from the star of her new track Easy On Me.