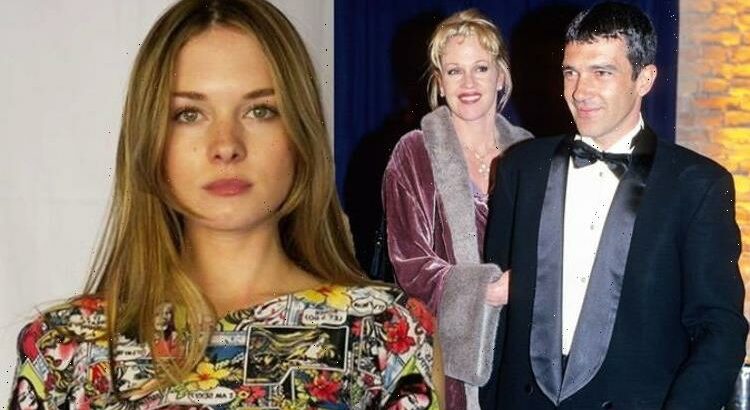 Stella Del Carmen Banderas Griffith, 25, daughter of Melanie Griffith, 64, and Antonio Banderas, 61, has reportedly filed a petition to change her name. The daughter of the famous pair wants to drop “Griffith” from her surname.

I just want to shorten my name by removing my extra last name.

According to legal documents obtained by The Blast, Stella has officially filed a name change petition with the Los Angeles County Courts.

In the documents, Stella has asked the judge to remove “Griffith” from her last name, changing her name legally to “Stella Del Carmen Banderas.”

Stella reportedly addressed the situation in the documents, making sure that there was not an assumption she was making the change because of a fallout with her mother.

She said: “I just want to shorten my name by removing my extra last name.

“As well, I typically do not use “Griffith” when referring to myself or on documents.”

She added: “So, dropping the name would match my regular use.”

Nothing in the documents, according to the publication, indicates there are any issues between Stella and her mother.

In many cases, celebrities change their names due to a pending divorce or distancing themselves from family members.

However, in this situation, this is not the case.

The next step in a name change petition is, by law, that the new name request has to be displayed in a prominent newspaper or journal.

It is then left to the judge to either approve or deny the request.

Stella’s name change request is now waiting for a signature of approval before it can be made official by the courts.

Stella was raised out of the spotlight in Spain by her famous parents.

She is the sister of actress Dakota Johnson on her mother’s side.

The pair still remain close friends despite not being together romantically anymore.

Stella in her own right is an actress and model, making her acting debut in the 1999 film Crazy in Alabama.

Earlier this month, she walked the red carpet with her father at the San Sebastian Film Festival in Spain.

The model is very popular on social media, boasting 171,000 followers.

Her mother Melanie regularly posts pictures of her children on her Instagram account, the last was dated two days ago.