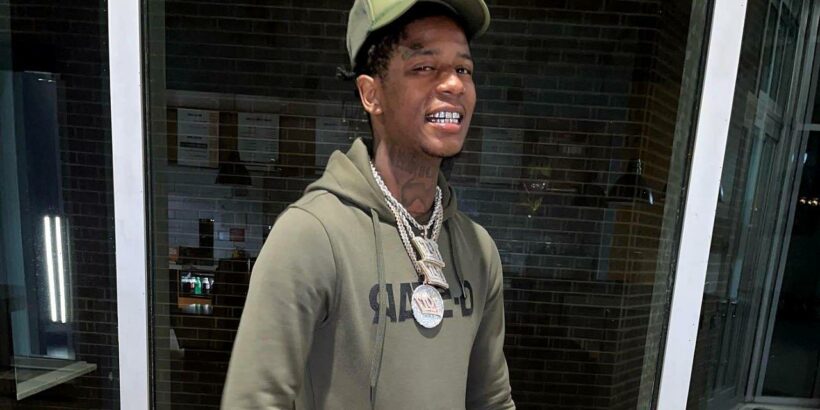 The 22-year-old up-and-coming star, who was signed to Gucci Mane’s record label, died from accidental prescription drug overdose at his girlfriend’s house, his uncle says.

AceShowbiz –Big Scarr‘s tragic cause of death has been confirmed by his relative. The Memphis rapper’s uncle Arthur Woods has said that the 22-year-old died as a result of a fatal prescription pain med overdose.

Scarr’s uncle told TMZ on Friday, December 23 that his nephew overdosed on prescription pills at his girlfriend’s house in Memphis on Thursday. This corroborates the previous report by Gossip of the City about what caused the up-and-coming star’s death.

Arthur said he didn’t know where his nephew got the pills, but claimed that the “Make a Play” emcee had suffered from several traumatic experiences in his young life, including being shot and being involved in a car crash when he was 16.

Scarr, whose real name is Alexander Woods, reportedly got his stage name from the car accident, which left a scar on his body when he was thrown through a windshield. In the 2020 shooting, he was struck by a bullet that traveled up his spine and he needed a surgery to remove his appendix.

Arthur remembered Scarr as a nice young man and a beautiful person who was very passionate about music.

Law enforcement continues to investigate Scarr’s cause of death.

News of Scarr’s untimely passing was first confirmed by Gucci Mane, who signed the young star to his 1017 record label. He posted on Instagram on Thursday a slew of the late rapper’s pictures as writing, “This hurt I’m a miss you @bigscarr.”

Scarr’s label mate Enchanting also mourned the death. “My babbbyyy my best friend my son I love you forever & im so sorry,” she posted on her Story. “Love you so so much,” she added, “Know I would do anything for you!” She penned in another Story, “I’ll do anything to hug you one more time.”

Scarr’s debut mixtape “Big Grim Reaper” was released on April 16, 2021 and it reached top 25 on the Billboard charts. He was scheduled to go on tour with Glock, also a rapper from Memphis, as part of his “Glockoma Tour 2023”, which is set to kick off on March 5.