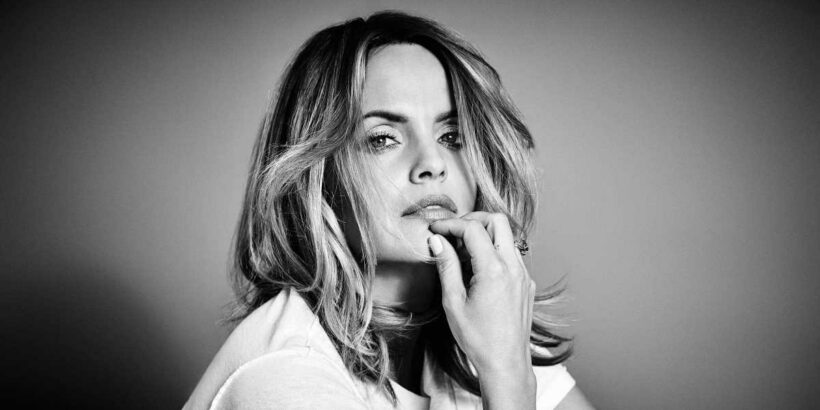 Nineties It Girl Mena Suvari, who you recognize from hugely popular movies American Pie and American Beauty, is coming clean about her double life. In her new memoir, The Great Peace, the award-winning actor divulges intimate, moving, and, at times, shocking details about her off-camera world—including her teenage struggles with drug addiction, her emotionally destructive relationships with older men, and how the #MeToo movement ultimately inspired her to share her experience with the dark side of young Hollywood fame. Below, read the chapter “Meth Month” from Mena’s debut memoir, out today.

Back home, I met up with Gabby one day in Burbank. She had a different group of friends from Burbank High, none of whom I had met before. I guessed things with her had changed while I was off doing the movie and hanging with Geoff and Franny, because instead of a casual let’s-smoke-some-pot vibe, we ended up at one of her friends’ houses and the darkness reappeared.

There it was again. I couldn’t believe it. How had it found me here in L.A.? Slowly but surely it became my life. And then it took over my life. The hours I was at school were spent thinking about getting out of school and doing some lines. I stayed up until late at night, slept a couple hours, then repeated the day. Before long I was pulling out my small gold lacquered butterfly embossed compact mirror and snorting a line in the school bathroom during a break. Later, I sat up all night playing eclectic indie rock on a large old-school boombox recorder Gabby had given me.

A part of meth made me hyper-aware, but there was that other part that was like the dark side of the road, and it led directly to paranoia. I spent a lot of the night waiting to hear whether anyone was going to knock on my bedroom door. While I maintained my grades, my health suffered. My entire back broke out in acne. I’d always had perfect skin. I knew it was the meth. And just like before with the birth control offered in exchange for no questions asked, I was given antibiotics to make it “go away.”

Years later, when I talked to my mother about this time when she left, she said that I had told her that I hated her. Maybe I did. At the time, I felt like no one cared about me. The drugs certainly didn’t help. But I hadn’t wanted to hear the things she had told me about my father and I absolutely couldn’t handle the situation we were currently in, so I probably did hate her for abandoning me to that situation, although I didn’t want to.

I didn’t want to be at home.

I didn’t want to see my father the way he was at that time. I wasn’t even sure who he was or had ever been.

I still did everything asked of me. Schoolwork. Auditions. Sex. Only I had to know how fucked up I was getting every day. I thought I could, and should, suffer in silence. This was obviously my fate. I prayed someone would throw me a lifeline. I was ready every single day to be rescued. It never happened.

One day I scored some shit and went back to the apartment. I sat on my carpeted bedroom floor in front of the sliding mirrored closet doors and looked at the baggie. There was a small amount of powder in it, but it had a slight grey tinge that made me question it. Nonetheless, I cut it up, exhaled, and abruptly inhaled it into my nose. It had the burn I was pretty much used to, but as I sat there I realized it had done nothing. And I thought, What the fuck did I just put up my nose?

Part of me was pissed because I had spent money on this and felt cheated. Then a part of me was scared because God only knew what the hell I had just snorted. Screw it—I dumped the baggie and promised to be more careful the next time about what I purchased. That was good money going to nothing.