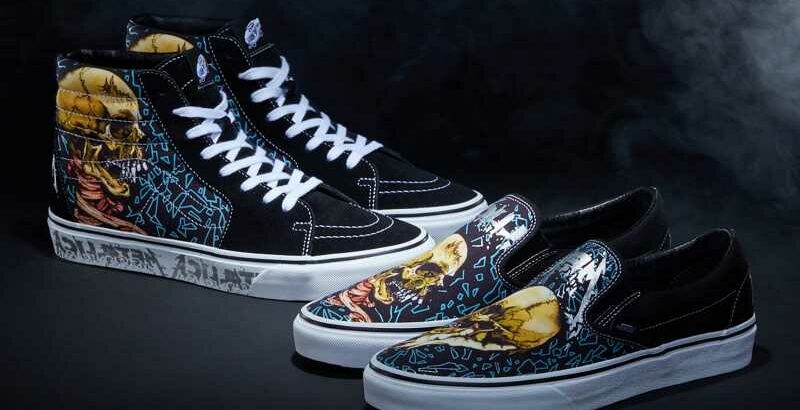 Metallica is celebrating the 30th anniversary of the Black Album with a Vans collaboration.

The limited-edition capsule includes renditions of the Classic Slip-On and Sk8-Hi — both of which were created with the help of design artist and longtime Metallica collaborator Pushead. Known for Metallica’s “2 of One” video and St. Anger album cover, Pushead makes the sneakers well worth any fan’s wardrobe.

Both pairs of sneakers are available for Vans Family members now (Vans Family is a new “members-only” section that requires you to create a log-in in order to access new drops and limited-edition releases). 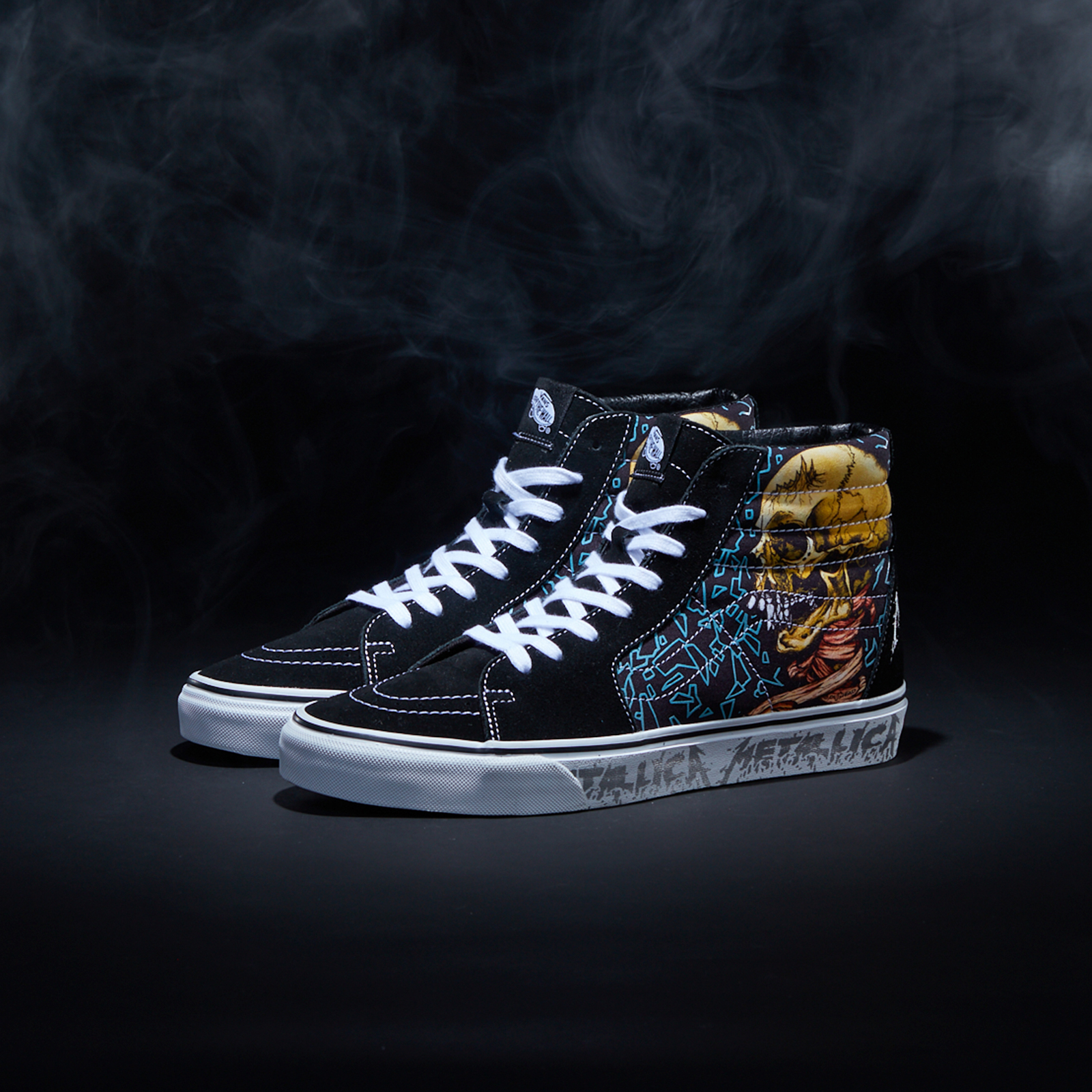 The new launch marks Vans’ fourth collaboration with Metallica. Previous collections, including the Vans x Metallica 2018 launch, have all sold out and can only be purchased now through secondary sources such as StockX. 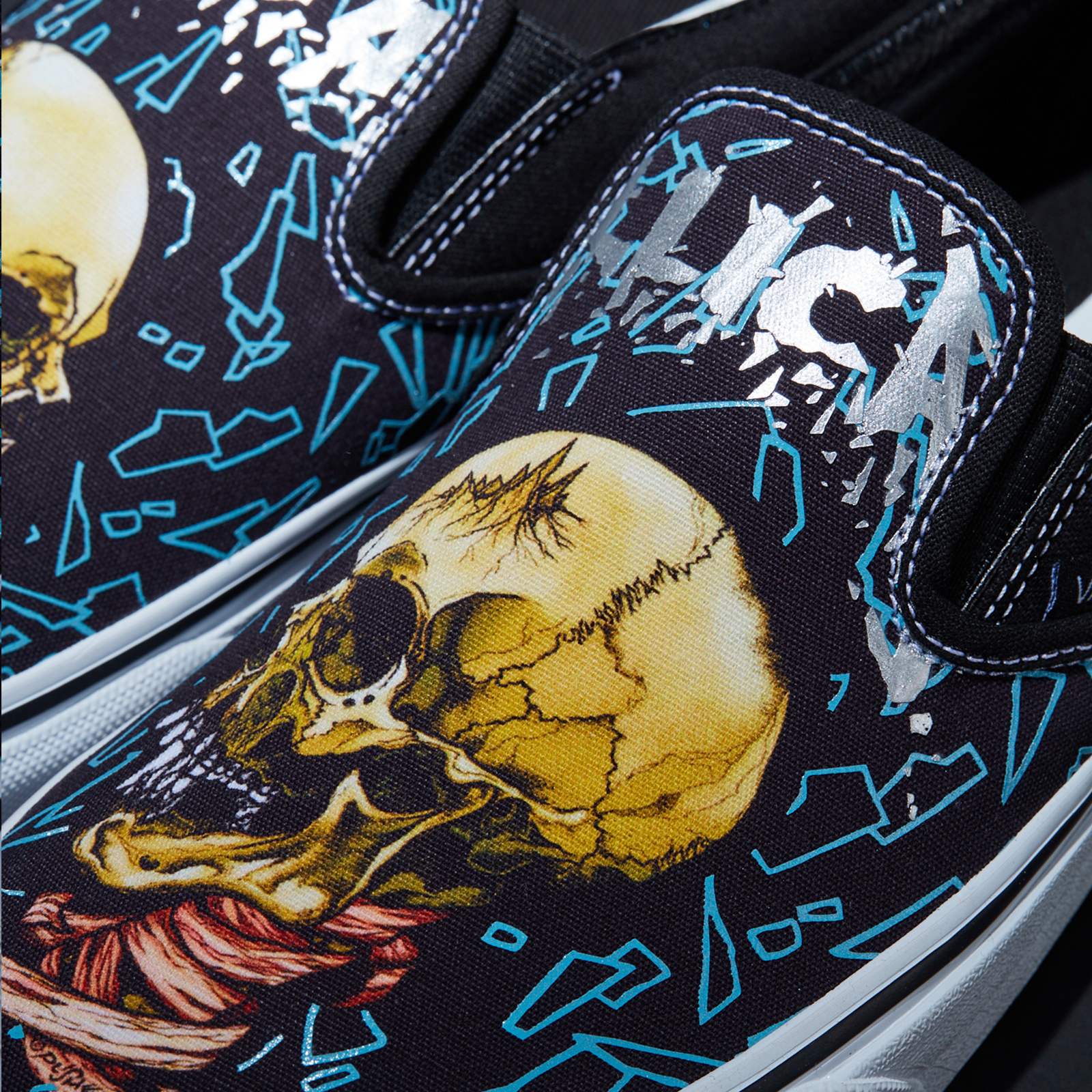 In addition to the Vans sneakers, Metallica’s 30th-anniversary celebration of the Black Album will also include a massive reissue. The release is set to come in several formats, including a deluxe box set containing 14 CDs, six vinyl LPs, six DVDs, and more.

Metallica is also releasing a covers collection, The Metallica Blacklist, featuring a whopping 53 artists covering their favorite Black Album songs. A handful of covers have already been released, including “Enter Sandman” by Juanes and “Nothing Else Matters” by Miley Cyrus, Watt, Elton John, Yo-Yo Ma, Robert Trujillo, and Chad Smith.