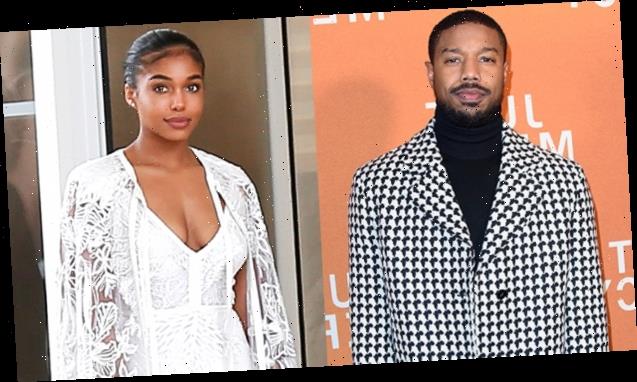 Watch the hands, Michael B. Jordan. The ‘Black Panther’ star snuggled up tightly with new love Lori Harvey in a selfie, and from where he was holding her, no wonder Michael had a huge grin on his face!

“He love it here,” Lori Harvey captioned the photo she posted to her Instagram Story on Jan. 19. In the bathroom mirror-selfie, Michael B. Jordan leans in over Lori’s ear as he snuggles up close. It’s not completely innocent because one of his hands can be seen resting underneath her bustline. Clearly, Michael, 33, is a fan of Lori’s green dress, with its deep cleavage. To be fair, Lori, 24, didn’t seem too upset with getting felt up by the Creed actor because her smile was just as bright and wide as his. It seems Michael isn’t the only one who “loves” this new love.

Rumors of a romance between Michael and Lori began shortly after she split from Future in August 2020. That speculation reached critical hype when they were spotted in Lori’s hometown of Atlanta right before Thanksgiving. After a New Year’s Eve ski trip, the two finally confirmed their rumored relationship on Jan. 10 with some Instagram PDA. Lori posted a pair of Polaroids of her with the actor. One of the shots was of him planting a kiss on her cheek.

Since going public with the romance, Lori and Michael have enjoyed life as a normal Hollywood couple. When Steve Harvey’s daughter celebrated her 24th birthday on Jan. 13, Michael left a flirty remark (“Gimmie!! Sheeesh!! Happy Birthday Turtle!!”) on her Instagram photo. This was literally the tip of the Birthday cake. Michael celebrated her birthday at her parents’ lavish birthday home in Atlanta. That was a “really important” gesture to Lori, a source told HollywoodLife EXCLUSIVELY. “She definitely sees their relationship going somewhere,” and she “couldn’t have imagined spending her birthday without him by her side.” 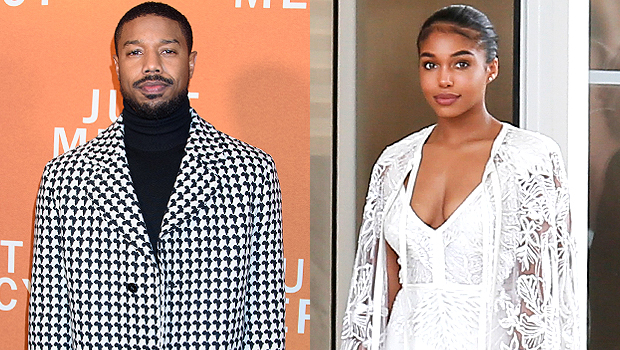 Though things are good – nearly-inappropriate-selfie good – between Lori and Michael, no one should expect an engagement ring this year, an insider told HollywoodLife EXCLUSIVELY. However, it’s not completely off the books. “Things are really positive between them both, and they have a really deep connection,” the source said. It might be good to appreciate this mirror selfie while we can because the insider added that Michael would “like more privacy” when it comes to this relationship. Despite that, the source says that “to say it’s going well would be a drastic understatement.”