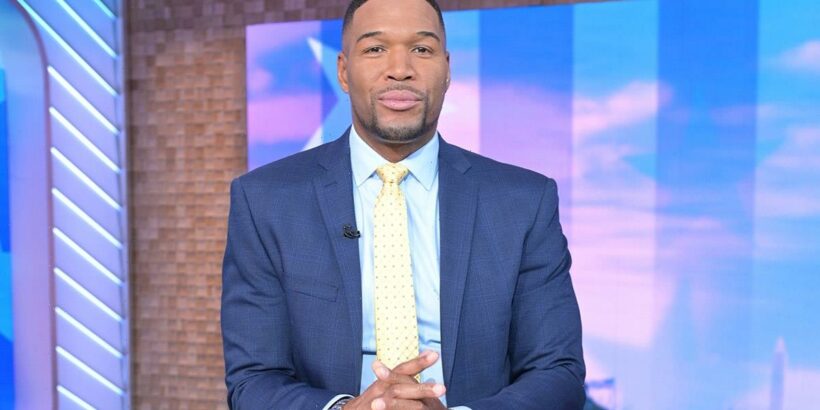 Good Morning America star Michael Strahan loves to joke around with his fans and co-stars and he recently showed how much he loves this with his latest video.

The star shared a small clip of a photoshoot that he did where he pretended to kick a ball before jumping into the air and kicking his legs out. He looped the video a couple of times before he landed, and then faked a back injury, before bringing back his huge smile. “Almost injured myself,” he wrote on the video before laughing it off with the cameramen.

WATCH: Michael Strahan fakes back injury – and fans in stitches

But in his caption, he revealed that it may have been a little more serious than he let on, as he wrote: “Note to self… at 50 it hurts more! LOL #StillGotIt #MayHaveAlmostPulledSomething @michaelstrahanbrand @smacentertainment.”

Michael looked incredibly dapper in the clip, wearing a blue suit that he paired with a white T-shirt and matching sneakers.

His fans took the video in good humour, as one teased: “Watch out there now young fella,” and another jested: “Don’t let the old man in!“

A third commented: “Might need an icebath or 2 after this?” and a fourth posted: “I know those pants split.”

Michael pretended that he had an injury

Although the star has a killer sense of humor and is at the height of his success, he recently emotionally confessed that this wasn’t always the case.

Speaking on ESPN’s More Than an Athlete, he explained: “High school to me was surviving every day. I never felt like I had a handle on everything. I was just surviving.

“My social life right there,” he said making a tiny gesture with his hand. “Or as the kids say, ‘loser’. Nothing happened in my social life. My life was school and I played football which was the real reason I was there.

“And Westbury wasn’t exactly a powerhouse school. I was not necessarily an over-powerful dominant player.”

Michael said he remembers playing against students who were in the newspapers for getting scholarships but he was never that guy. “I always felt like I was playing catch up,” he said. “Catch up to those guys.”