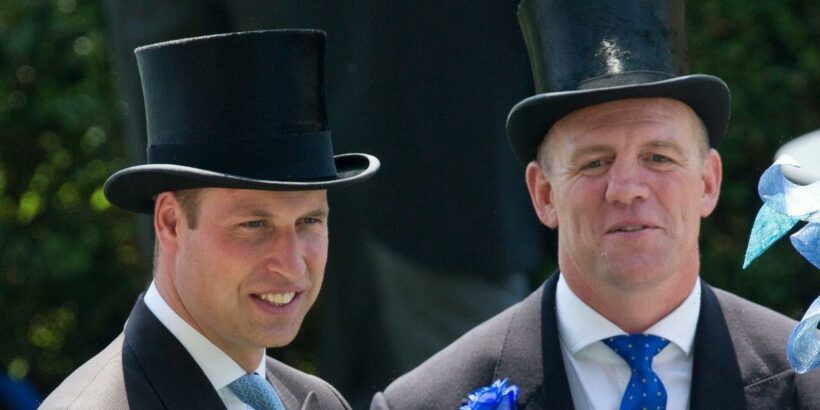 Mike Tindall has opened up about Prince William’s response to him going on I’m A Celebrity… Get Me Out Of Here!, and it’s probably not what you’d expect.

Mike, 44, became the first ever member of the Royal Family to take part in the hit ITV show, and appeared to have sought out more senior royals’ thoughts on the matter before his stint.

The dad-of-three, who has been married to Princess Anne’s daughter Zara for over a decade, went to Prince William to give him a heads up before his debut, with the future King of England giving Mike his blessing.

While he went to William, 40, before going on the show, Mike insisted that he didn’t have to do so.

Speaking on his The Good, The Bad, and The Rugby podcast, he said: “You don't want to upset anyone. I spoke to the Prince of Wales about it and he said 'Great, go have fun'."

Mike went on to say that he wasn’t told that he couldn’t share any royal stories while in camp, but knew he should be mindful. With this in mind, he sometimes “cut conversations short” when he was quizzed about his life as a royal, knowing that short chats were unlikely to make it to air.

As well as getting William’s blessing, Mike asked his wife’s cousin who he’d be rooting for – him, or Lioness star Jill Scott.

Jill went on to be crowned Queen of the Jungle, however, with Mike coming in fourth place behind the footballing legend, Hollyoaks’ Owen Warner and former health secretary Matt Hancock.

Mike discussed with his podcast co-hosts James Haskell and Alex Payne his “regret” about going on I’m A Celeb and getting so far.

“I'd loved to have gone out first, kids were out there could've gone for a week holiday and then met them all back,” he told them.

While he was disappointed to find out his family had been waiting for him, Mike, Zara and their kids still enjoyed some time in Australia together after he left camp.

From family trips to Sea World, to the royal pair enjoying a lavish state banquet – the Tindalls appeared to have enjoyed the time together down under.