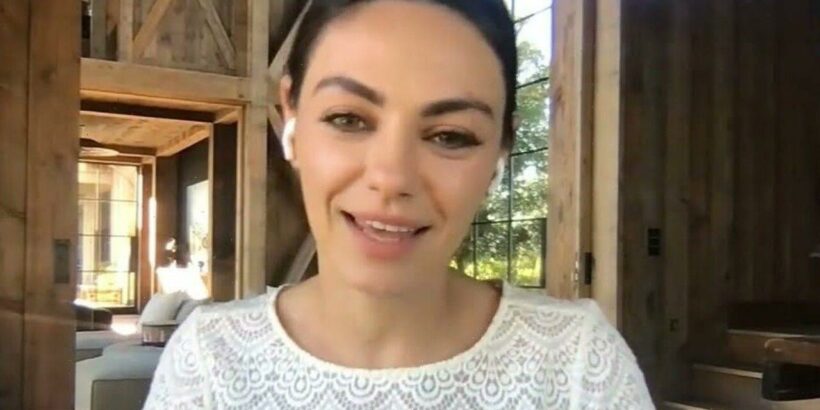 The ‘Forgetting Sarah Marshall’ actress explains she was ‘very keen’ to go to university during her younger years because her ‘whole family is college educated.’

AceShowbiz –Mila Kunis wanted to get a college degree because of her family. The “Luckiest Girl Alive” star felt pressured to go to university because her “whole family is college educated” before she briefly attended UCLA and Loyola Marymount University, leaving before she earned her degree.

“I was very keen on getting a college degree. Not for any reason other than I thought I should or had to, because my whole family is college educated. So, I was like, well, clearly, that’s what one does,” the 39-year-old actress said while appearing on SiriusXM’s “The Jess Cagle Podcast with Julia Cunningham“.

Mila called her school life “erratic” due to her commitments filming “That ’70s Show” – the sitcom on which she first met her husband Ashton Kutcher, with whom she now has eight-year-old daughter Wyatt and five-year-old son Dmitri with – but to her it was “the norm.”

“So during that one week, you you as an adult, you can do other projects, if you have time or you can do other things. I just went back to public school. . So the erratic behaviour was probably popping in and out of my public high school and then going back and doing schoolwork on sets.”

“I never looked at it as anything weird or strange. It was just like, my norm.”

The “Forgetting Sarah Marshall” star feels she “never missed out” on a typical adolescence due to her fame because she grew up pre-social media. Mila said, “I was in high school before social media. I mean any form of it. There was no Facebook. I don’t even think MySpace, I think. MySpace happened right after I was in high school.”