Shutting down the rumors! Miley Cyrus and Liam Hemsworth are still going strong contrary to reports that the engaged duo recently broke up.

Hemsworth, 28, posted a video of the twosome dancing in the car on Thursday, July 19, the day after reports surfaced that they called off their wedding over a disagreement about having kids. 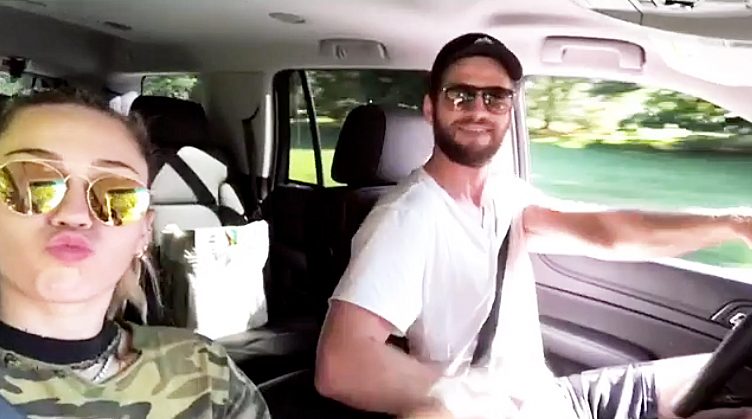 In the clip, the 25-year-old wags her finger to the beat before her fiancé lets out a scream and pretends to get into an accident. While the “Younger Now” singer jokes that she is going to “beat the s—t” out of him for the prank, the couple are all smiles as they goof off.

Fans were first concerned that Cyrus and Hemsworth, who met on the set of The Last Song in 2009, had split after the Disney alum wiped her Instagram clean earlier this month. Other fans, however, speculated that Cyrus was preparing to release new music. A source told Us Weekly on July 2 that she is indeed working on a new project.

While the pair maintain a relatively private relationship, an eyewitness exclusively told Us Weekly on July 3 that Cyrus and Hemsworth went bowling with Bachelorette couple Kaitlyn Bristowe and Shawn Booth at Pinewood Social in Nashville. Cyrus’ sister Brandi Cyrus was also in attendance.

“Liam was mainly hanging with Shawn the whole night,” the eyewitness told Us at time. “Liam and Shawn were joking around and bowling, and Miley and her group of girls talked the whole night and kept taking trips to the bathroom.”

The pop star’s pal and Flaming Lips frontman Wayne Coyne told Us last month that Cyrus and Hemsworth are “such a great combination.”

“You can be around them and do absolutely normal, dorky things, trying to figure out where we’re going to eat tonight and what’s on Netflix,” he exclusively told Us at the time. “I know that sounds boring, but sometimes that’s the height of great living, relaxing with your friends.”

Hemsworth first proposed to Cyrus in May 2012 after two years of dating. They split in September 2013, but got back together in January 2016.