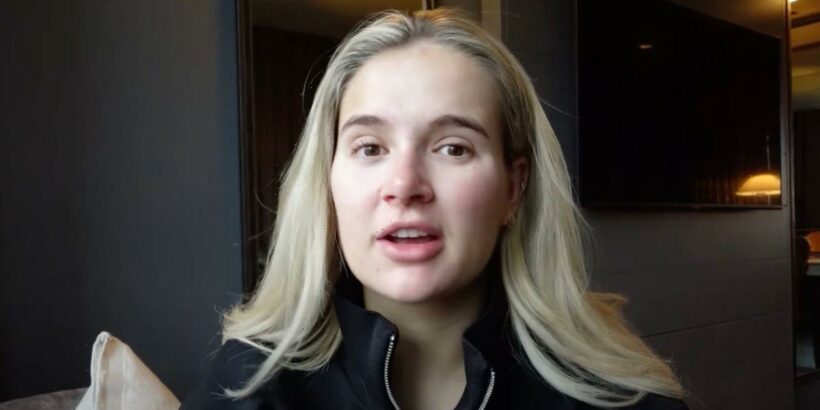 Molly-Mae Hague has revealed that she didn’t buy a single thing for her unborn child while out shopping, as she was worried the news of her pregnancy would be leaked before she was ready to share it with the world.

The 23 year old star, who is currently expecting her first child with boyfriend Tommy Fury, told fans that the speculation on social media had fuelled her concerns, before she went on to reveal how both she and Tommy had kept the exciting secret under wraps.

Speaking on her Youtube channel, Molly said: “There was this TikTok that came out and it was like busted ‘Molly and Tommy are buying baby clothes, that is how everyone knew Molly was having a baby’." “The most annoying part about that was I was actually buying a present for my friend for her baby shower, it wasn’t even for me.

“I haven’t bought one thing in a shop myself and the one time I bought something for my friend everyone was like ‘she wasn’t being that careful’.

“I fricking was! I never bought anything for myself.”

The loved-up couple shared the exciting news of their pregnancy last month, and earlier this week it was revealed that they were expecting a baby girl, with Molly already now in her third trimester.

The former Love Islander had previously explained how she found it “easy to keep a secret” as she hadn’t been experiencing any of the usual side effects such as sickness.

"I was able to keep working and living life as usual which really helped me to keep it a secret," she wrote to her fans in an Instagram Q&A.

"I have been so insanely lucky and haven't had any sickness, any small amounts of nausea I had at the start were cured instantly by eating."

As fans rushed to congratulate the couple on their exciting news, one fan asked the star if she had found it hard to ”hide it", to which Molly-Mae replied: "Strangely no, it wasn't. I set myself a goal to get to five months without people knowing and I really didn't think I'd get that far.

"We actually went past that point. It was so special having it as mine and Tommy's secret and I also have some amazing secret-keeping friends and family too."