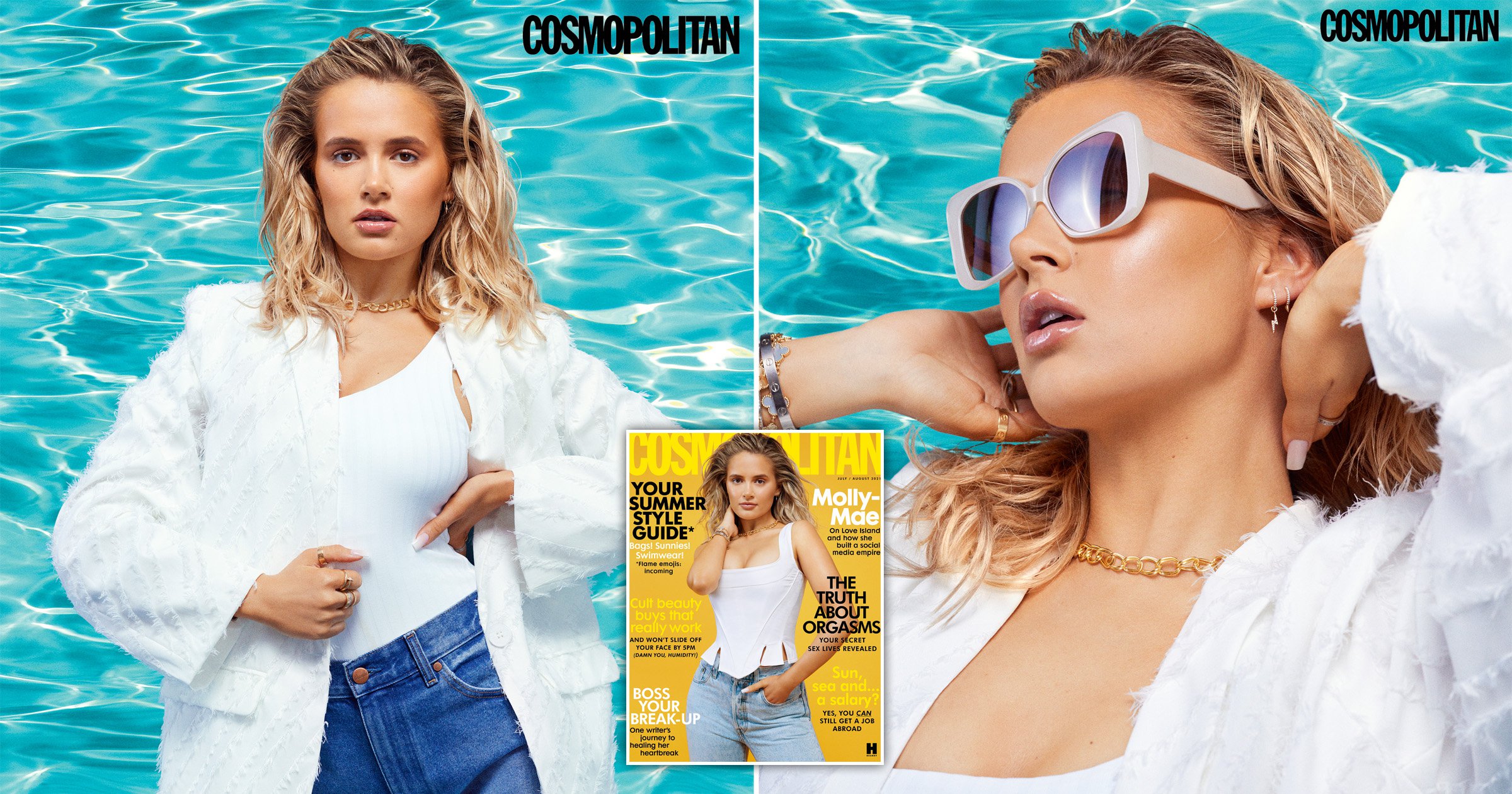 Molly-Mae Hague has hit out at the normalising of the use of cosmetic filler on teenagers after she had her dissolved in the past few months.

The Love Island star, 22, admitted she fears for her own future children as facial fillers are so normalised that she first had hers done at 17.

She has since had her lip fillers dissolved, admitting to Cosmopolitan UK: ‘I was doing a club appearance and took a selfie. I remember staring at it and thinking, “I don’t know what I’ve done to my face.”

‘I went from looking like a teenager to someone on [extreme plastic surgery show] Botched. I’ve never thought of myself as insecure, but I must have been to do that.’

‘I was 17 when I first got my lips done, and it scares me to think that if I have a daughter in 10 years’ time, what it might be like for her.

‘I sometimes forget how young my followers are, too. I’m often surprised by the fact some of the girls in my DMs even have a phone.’

Molly-Mae has documented her journey back to being natural, including having the composite bonds on her teeth removed to have a more natural smile.

She also shared that she was advised not to go on Love Island – where she met boyfriend Tommy Fury – in case it affected her work as an influencer after she has been curating her feed since she was 16.

However, she admitted there were ‘huge [financial] figures being thrown around’ after she left the show and that she has managed to put herself in a position where she would be OK if the fame ended tomorrow.

Molly-Mae also revealed that she was impressed with the aftercare she and Tommy received after leaving the show.

‘[It was] second to none … I think they’ve really stepped up their game, to the point where Tommy and I joked that they contacted us too much,’ she revealed.

‘The welfare team couldn’t have done more for me. They offer counselling if you need it, and I can imagine they’ll improve even more for the next season.’

The full interview with Molly-Mae Hague is available in the July/August issue of Cosmopolitan, on sale from June 10.