Joining HyunA and E’Dawn, Girls’ Generation’s Taeyeon and EXO’s Baekhyun is among couples that successfully shake the entire industry with their dating reports.

AceShowbiz –
Falling in love may be the happiest time for most of people. However, it’s not the case for K-Pop stars as being able to date publicly seems to be a coveted luxury for them.

Fans of the South Korean superstars most of the time find it hard to learn their favorites date, so whenever a new dating scandal emerges online, all hell breaks loose in the entire K-Pop industry. The situation gets worse if the scandal involves big stars with massive fandom. 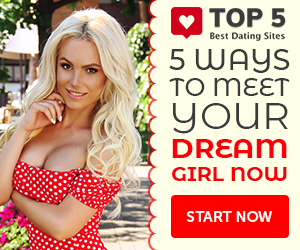 Just recently, fans were sent into frenzy when it was reported that HyunA had been dating her fellow Triple H member E’Dawn for two years. Also making into the list of the most dating scandals are Girls’ Generation‘s Taeyeon and EXO‘s Baekhyun, Suzy and Lee Dong Wook, F(X)‘s Krystal and EXO’s Kai and Big Bang‘s Taeyang and actress Min Hyo Rin, among others.

Let’s take a look at other couples that successfully shake the entire industry when their dating reports are unearthed.

Reports suggesting that the Triple H members are dating emerged earlier this month. Cube Entertainment, the agency for the two singers, initally denied the rumors. As if their dating rumors were not shocking enough for the fans, HyunA and E’Dawn decided to hold an interview to officially confirm their romance just hours after the denial.

“We know that we will constantly be tagged onto each other’s names from now on, but still, we thought that it would be hard to look straight into the eyes of our fans once we got on stage. That’s why we wanted to be honest at least to our fans who love and watch over us, and then go in front of them with our confidence and joy on stage,” the two said.

The former Wonder Girls and 4Minute member revealed that she had been dating the Pentagon member since May of 2016.

The news of the “While You Were Sleeping” actress and the “Goblin” actor dating broke out in March, undoubtedly surprising many fans. Many envied the singer/actress for being able to date handsome Korean stars as she previously dated Lee Min Ho prior dating the 36-year-old heartthrob.

It was revealed that Suzy and Dong Wook weren’t official when the news broke. But they decided to make their relationship official “because they’d been interested in each other.”

Their romance, however, didn’t last long as the pair announced their split in July due to busy schedules.

When it comes to biggest dating scandals, this label-mate couple can’t be left out. Taeyeon and Baekhyun, who both are from SM Entertainment, were photographed having a car date back in March of 2014.

SM Entertainment later confirmed that they were in a relationship, making them the first official couple from the agency.

The Girls Generation leader and the EXO member dated for more than a year before breaking up in 2015.

Local site news Dispatch released a bombshell article on April 1, 2016, claiming that EXO’s Kai and F(X)’s Krystal, two members of two popular Korean idol groups, were dating. People initally thought it was an April Fool joke until SM Entertainment confirmed that the two of them were dating.

The site additionally revealed photos of the same-age stars meeting each other in between their hectic schedule.

The news of them dating earned mixed reactions as some were being supportive for the stars. Much to KaiStal’s fans’ disappointment, the two broke up after a year of dating.

Sulli and Choiza were first reported to be dating back in August 2014. Despite their 14-year-gap, the singer/actress and the rapper seemingly enjoyed their company well as they often flaunted their romance on social media.

Upon learning their relationship, most people didn’t take it well mostly due to the huge age gap. The two split in 2017.

Back in 2011, Goo Hara and Highlight‘s Yong Jun Hyung were snapped having a romantic stroll date. The two were seen walking hand-in-hand at night while sporting big smiles on their faces.

Undoubtedly, their relationship took the K-Pop world by storm. Hara’s former group Kara and Jun Hyung’s group, was BEAST at that time, were one of the top groups in the country.

The two reportedly ended their romance two years later in 2013.

Popular star IU and the Kiha & The Faces singer dated in 2013, not long after they met. However, their romance was well hidden from public until 2015, when photos of them meeting in private emerged online.

IU and Kiha dated for almost four years before splitting in 2017. “It’s true they broke up. They decided to stay good sunbae-hoobae,” Jang Kiha’s label confirmed at that time.

It was revealed at that time that the two had been seeing each other for two years under the radar. Hani and Junsu, however, called it quits in September of the same year.

The AOA member and the Block B rapper started dating for only a few months before their relationship was disclosed to public in August 2016. Photos of them meeting in private occasions were all over internet.

The young couple seemingly couldn’t handle the pressure they received following the dating scandal. It all led to them splitting up just a few months after.

Having a clean image seemingly helped YoonA and Lee Seung Gi in getting public’s approval when news of them dating broke out. Fans loved the couple as Seung Gi often admitted that the Girls’ Generation singer was his ideal type before.

They continued dating for nearly two years before ending their romance in 2015.

While most couples end up breaking up following the dating news, Big Bang’s Taeyang and his now-wife Min Hyo Rin are getting stronger day by day. The couple first met while filming the music video for Taeyang’s single “I AM”.

Taeyang and the actress publicly confirmed their romance in 2015. While some relationships don’t last long, Taeyang took to Instagram to announce his engagement to Hyo Rin in December 2017.

“I have pledged to spend the rest of my life with Min Hyo Rin, the one who has always stuck by me for the past four years. Through all the good times and the bad times, she has always believed in me and now I look forward to making a beautiful life together,” the “Eyes, Nose, Lips” singer wrote.

The couple tied the knot in February.

Rounding out the most shocking dating scandals in K-Pop world are Tiffany and Nickhun. Tiffany’s former grup Girls’ Generation and Nickhun’s group 2PM were at the peaks of their careers, when they went public with their relationship in 2014.

The two, however, parted ways in 2015 after dating for nearly a year.