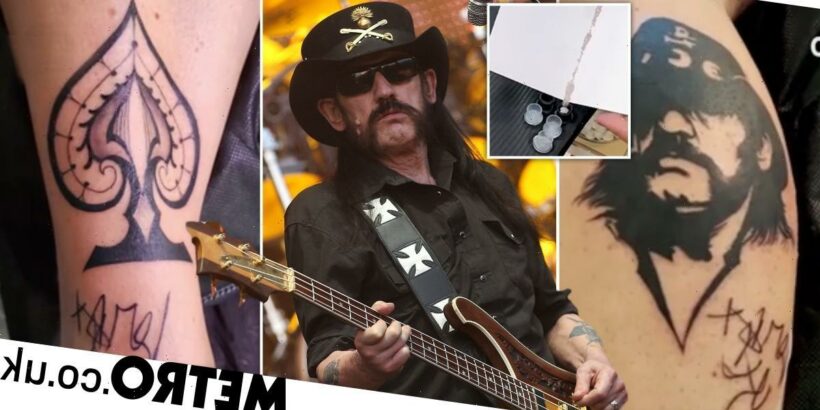 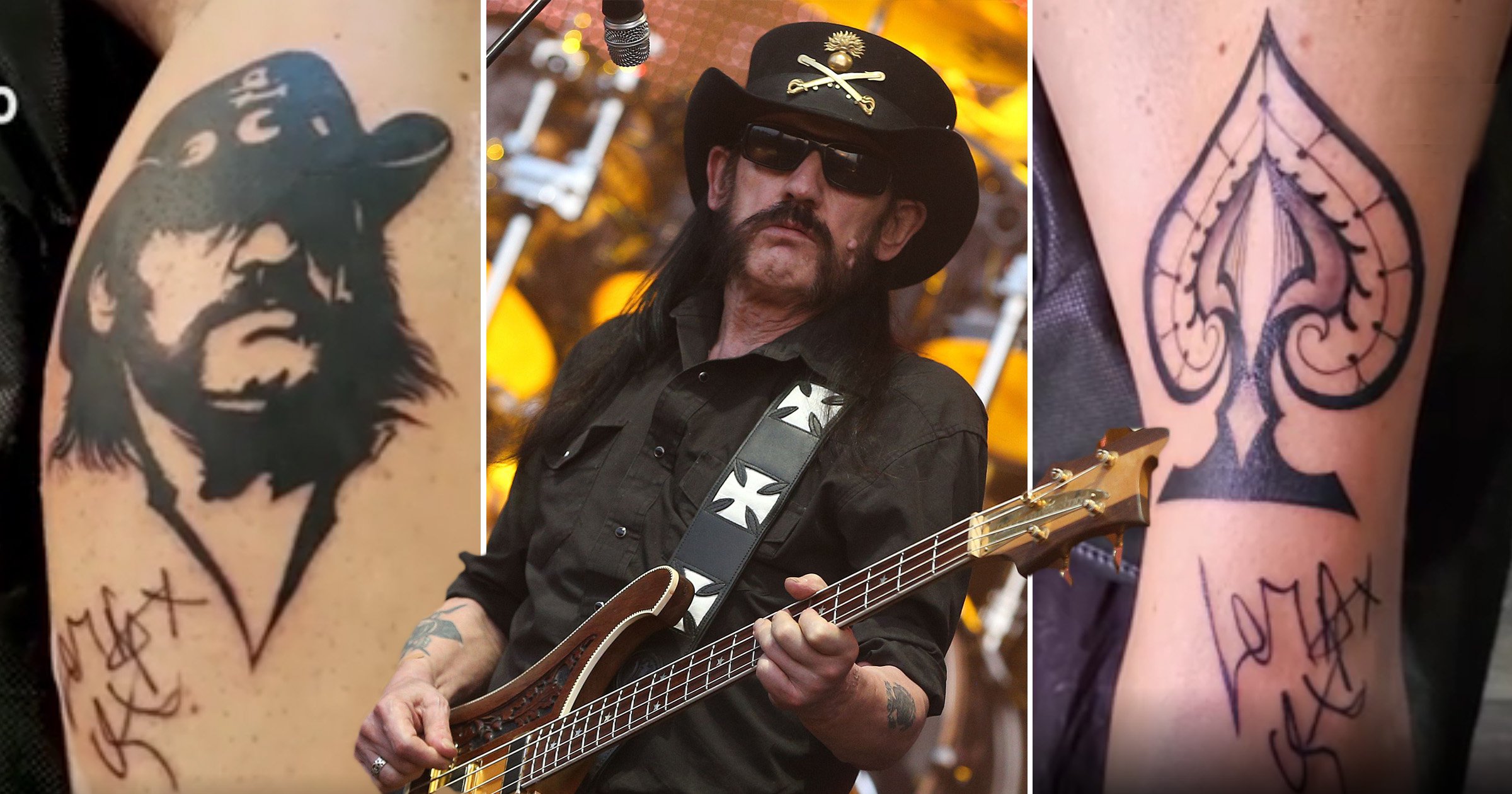 Motörhead star Lemmy Kilmister’s final wishes have been fulfilled as his friends have used his ashes in their new tattoos.

The frontman died aged 70 in December 2015 not long after being diagnosed with cancer.

It was the musician’s request to have his ashes placed inside bullets and sent to his loved ones.

To mark the sixth anniversary of his death, Motörhead’s tour manager and production assistant Eddie Rocha and Emma Cederblad have paid tribute to the star by quite literally including him in their latest tattoos.

In a video shared to Motörhead’s Instagram account, a caption stated: ‘Some of Lemmy’s ashes were shared with family and close friends.’

Clips then show one of the bullets on a table before the ashes are slipped into pots of ink which would be used for the tattoos.

In his permanent tribute to Lemmy, Eddie had the artist’s portrait inked onto his leg, while Emma opted for Motörhead’s iconic space emblem.

He wrote in a Twitter post: ‘Before his death #Lemmy asked for his ashes to be  put in some bullets & handed out to his closest friends. Today I received a bullet & was literally brought to tears Thank you @myMotorhead.’

Tennis legend Pat Cash also revealed a bullet was gifted to Ugly Kid Joe singer Whitfield Crane while the pair were at dinner.

He wrote: ‘#Lemmy (RIP) from #Motörhead asked that his ashes be put in some bullet and given out to his closest friends, last night one was presented to my mate #whitefieldCrane whilst we were having dinner at “Lemmys bar in “The Rainbow”.’

Lemmy died just two days after he was told he had cancer, and was laid to rest in early 2016, with the likes of Dave Grohl, Slash and WWE star Triple H reading eulogies at his funeral.

Not long after, Foo Fighters star Grohl got a tattoo tribute to the icon and also revealed his band’s single No Son Of Mine was a tribute to the rocker.

He told OK magazine: ‘I wish Lemmy were alive to hear it, because he would see how much an influence he’s been to me.’

Lemmy’s colourful life could be told on the big screen soon as a biopic is in the works.

Directed by Greg Olliver, who helmed the 2010 documentary Lemmy, the film is set to  focus on the heavy metal icon’s life before he joined Motörhead.

In a statement issued last summer, the filmmaker said: ‘Everything you’ve heard about Lemmy is probably true … not because he was embracing rock n’ roll clichés, but because he was creating them.

‘Marlboro Reds and Jack Daniel’s for breakfast, speed for dinner – all true. But behind that steely-eyed façade of rock ‘n’ roll was also a compelling, complicated and lion-hearted man who stayed the course and never gave up playing the music that made him happy.’

Olliver continued: ‘We’ve been carefully developing this biopic since 2013, making sure to stay true to Lemmy, Motörhead band members Phil Campbell and Mikkey Dee, and all the other folks that played important roles in Lemmy’s life. This will be a film they’ll be proud of.’