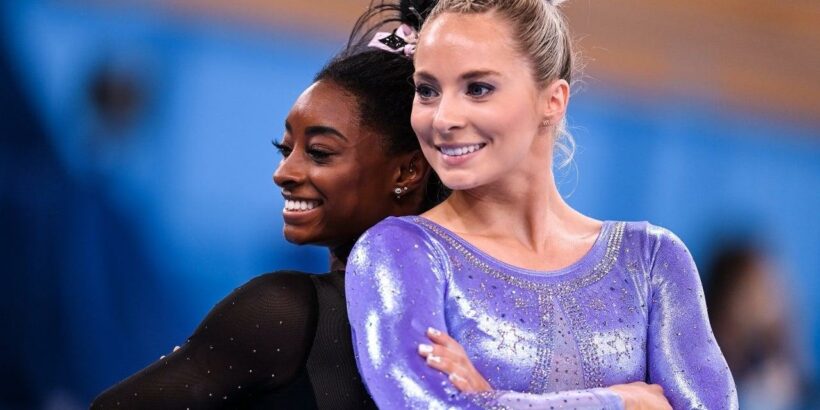 MyKayla Skinner has hope Simone Biles will be able to compete again this Olympics. The 24-year-old gymnast — who won a silver medal in vault after initially failing to qualify for any event finals — opened up about Biles after her win on Sunday.

As fans know, Biles withdrew from the women’s Olympic gymnastics team all-around event last week. She also withdrew from competing in the individual vault and uneven bars events on Sunday.

Skinner had nothing but praise for Biles while speaking with reporters after her win, saying Biles is handling her challenges with the twisties “better than I thought.”

“Seriously, every day she’s been laughing, giggling, super supportive and, I mean, I’m sure when she gets home it’ll probably hit her more,” Skinner said. “But since she’s around all of us and she’s still probably going to be competing … I’m sure she’s just trying to stay in the game. But honestly, she’s been the happiest person and I’m so grateful to see after everything she’s been through that she’s making the best of it.”

As for whether Skinner thought Biles would compete in Tuesday’s individual beam event, she said, “I think so. Yes.”

“I think she’s very mentally and physically tough,” Skinner shared. “So I think whatever happens, I think she’s just going to let it roll off and just continue with life being the amazing Simone that she is.”

Skinner also thanked Biles for making sure she stayed in Tokyo after her dreams were dashed by failing to qualify at the start of the Olympics.

“I was actually going to get on a plane to go home,” Skinner revealed. “I wasn’t expecting any of this to happen. I was like, ‘They’re going to be fine [without me], they’re going to be good.’ And then, Simone was down on the floor after team finals and had told Cecile, like, ‘You need to text MyKayla to make sure she doesn’t go home in case she needs to step in.'”

“It’s been kind of hard to get my mindset back into the game. I feel like it’s just kind of been all over the place,” she said. “But practice has been going really good. And so it was really cool to be able to go out on the vault finals and take home the silver.”

See more on the Olympics in the video below.