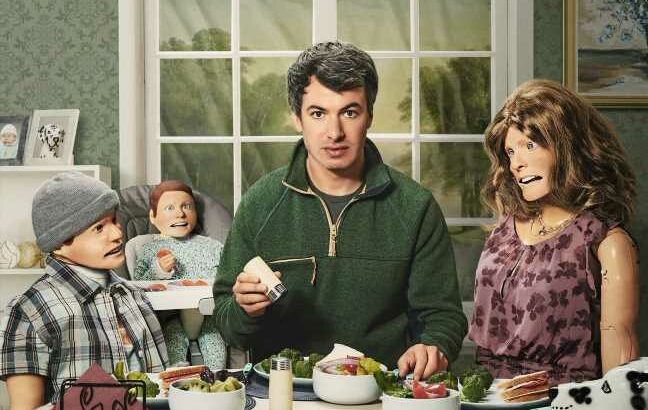 The Rehearsal — the latest series from Nathan for You creator Nathan Fielder — is perhaps the funniest (and certainly the weirdest) show to grace television this year.

Like Fielder’s previous series, The Rehearsal sees real people thrust into performance art-meets-prank scenarios, yielding cringe, laughs, and pointed social commentary in equal measure. The show’s premise involves Fielder preparing ordinary people for looming events they fear (confessing to a friend and raising a child have been two of the events so far) by designing an elaborate rehearsal with everything from look-alike actors to exact-replica sets to robotic babies.

Whether you loved Nathan for You and want to see more of Fielder’s absurdist work, or you’ve been hearing The Rehearsal’s buzz, read on. Below is everything you need to know about the new series, including how to watch The Rehearsal online on HBO Max.

When Does The Rehearsal Air?

The Rehearsal is currently being released on a weekly basis, with new episodes airing on HBO and being released on HBO Max every Saturday at 11 p.m. ET. The series premiered on July 15, and the final episode of season 1 will air on August 19.

How to Watch The Rehearsal Online

For his new show, Fielder moved from Comedy Central to HBO, so the only place to watch The Rehearsal online is HBO Max.

If you sign up for HBO Max now, you’ll be able to watch The Rehearsal episodes one through three immediately, and you’ll have access to new episodes of Fielder’s show when they come out on Saturday nights.

How to Watch The Rehearsal Free Online

HBO Max Doesn’t offer a free trial like some other streaming services, so most people will have to pay for a subscription to stream The Rehearsal online. However, others might be able to get HBO Max without paying, and watch The Rehearsal for free online.

The first way you could get HBO for free is through AT&T. Certain AT&T Unlimited plans come with HBO Max at no additional cost, meaning you’ll be able to stream The Rehearsal online for free. Check this list if you have an eligible plan.

Another way to watch The Rehearsal for free is through Cricket Wireless. Some of the wireless provider’s plans, such as this $60 a month plan, come with HBO for free as part of your wireless package.

How to Watch Nathan for You Online

Watch Nathan for You on HBO Max

Watch Nathan for You on Hulu

Watch Nathan for You on Amazon Prime Video

If you don’t have Prime Video, you can also buy individual episodes of Nathan for You for $1.99 each or individual seasons for $12.99 each on Amazon.