Natti Natasha is back on stage! The singer gave her first performance since becoming a mom at 2021 Premios Juventud on Thursday.

Natti, who welcomed daughter Vida Isabelle Pina Gutiérrez with fiancé Raphy Pina in May, took the stage at Miami’s Watsco Center to perform her song “Philliecito” with Nio Garcia and Brray.

The new mom couldn’t have looked cooler as she took the stage in a green two-piece ensemble with sparkly embellishments. She paired the look with a long white jacket and green hair. 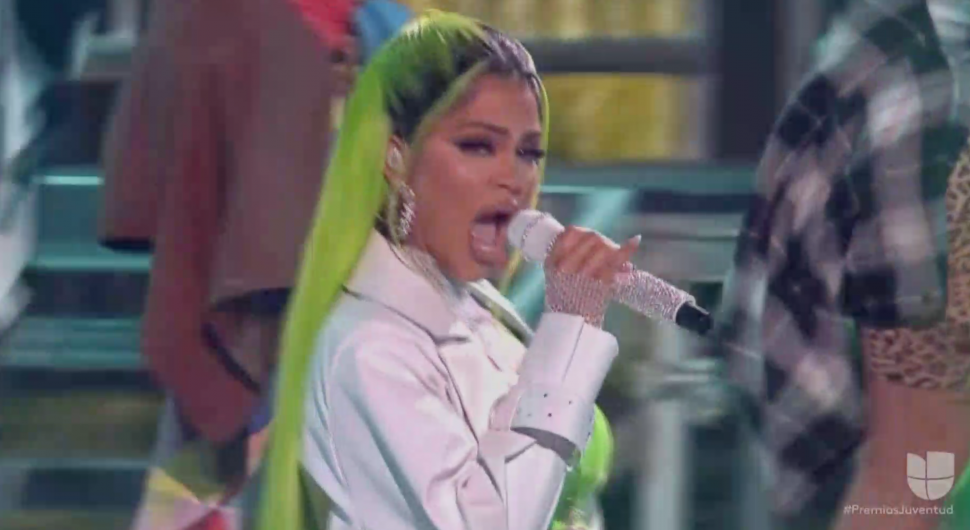 Fans will remember Natti’s performance at Premio Lo Nuestro in February, as she announced her pregnancy while singing “Antes Que Salga El Sol” with Prince Royce. The performer wore a beautiful white jumpsuit which showed off her growing baby bump, and posed with her hand cradling her stomach as confirmation.

The star, who faced fertility struggles, later gushed over the life-changing news while accepting the award for La Canción Del Año — Tropical for “La Mejor Versión De Mí,” calling her pregnancy a “blessing God sent” her.

This year’s Premios Juventud is hosted by Alejandra Espinoza and more stars. Karol G and Camilo lead the list of nominations with 12 nods each, followed by J Balvin and Maluma, with 11 nominations each.