The 2021 NBA season is upon us, and while in-person attendance is still limited due to Covid, there are a number of ways to catch the action live from home.

The NBA’s 75th regular season will once again feature a modified schedule, to ensure the safety of players and spectators. Each team will play 72 games, and the 2020-21 regular season schedule will be released in two segments: the first half of the schedule is officially underway, and will pause for the All-Star break, currently scheduled for March 5th to 10th, 2021. The second half of the season resumes after that.

The top six teams in each conference will automatically earn a spot in the playoffs. This year, the NBA is also introducing a Play-In Tournament, which will take place after the regular season and before the first round of the playoffs. The mini tournament will include the teams with the seventh-highest through tenth-highest winning percentages in each conference, who will play to earn the final two playoff berths in their respective conferences.

The Los Angeles Lakers are the reigning NBA champs, and LeBron James and co. will be going after their 18th NBA championship trophy, which would move them ahead the Boston Celtics for most NBA titles in a franchise’s history. Other contenders this year include the always competitive Toronto Raptors, the Giannis-led Milwaukee Bucks and the Los Angeles Clippers.

Despite not having full attendance in the stands due to coronavirus restrictions, NBA games are still available to watch on TV and to stream from home. The 2021 season will be broadcast live on ABC, TNT, ESPN and NBA TV.

How to Stream the NBA Live Online

If you don’t have cable, your best best to stream the NBA online is through one of these online streaming and live TV services.

We’ve had a subscription to Sling TV for years now, and it’s one of the best values for live sports and entertainment online. The $30 Sling Orange plan gets you access to ESPN and TNT for basketball, plus channels like CNN, HGTV, AMC and more. If you want even more live basketball, you can add NBA League Pass for $28.99/month.

Sling is offering a 3-day free trial right now for you to test out the service. Prepay for two months and get a free TiVo Stream 4K streaming device, which will get you local channels like ABC, CBS, FOX and NBC in addition to all your favorite streaming apps, games and more.

Watch the NBA on Sling TV

Vidgo may not be one of the big names in the live streaming market, but they’re one of the best. Their $40 “core” subscription plan includes 60+ channels, including ABC. Sports fans love Vidgo, as the package also gets you all the ESPN channels, the NFL Network, FS1 and more. Watch on up to three devices at a time.

Vidgo is currently offering a 3-day free trial. There’s no credit check and you can cancel anytime. Get the free trial here and stream the NBA live on ABC from any device.

Watch the NBA on Vidgo

The best place to stream live sports online is through fuboTV. Fubo is the only streaming service to offer NBA TV as part of its standard package. Fubo also recently announced plans to add ESPN and ABC to its channel lineup (though access may vary by region). In addition to its NBA coverage, fuboTV gets you almost 100 channels of live TV, and its $64.99 family plan includes FS1, NFL Network, Golf Channel, Pac 12 Network, CBS Sports and more.

Fubo lets you watch content on your phone, tablet or TV, and the family plan lets you watch live TV on three screens at once. A monthly subscription also includes 250 hours of cloud DVR recording — great for when you want to record the game to replay later.

Fubo is offering a 7-day free trial right now. Get the deal here to test out the service for yourself. You can cancel anytime.

Watch the NBA on fuboTV

If you want sports and entertainment, you best bet is to sign up with Hulu + Live TV. For just $54.99/month, you get unlimited streaming of Hulu’s massive catalog of TV shows, movies and originals (including The Great, Little Fires Everywhere and The Handmaid’s Tale) plus access to NBA games on ESPN, TNT and ABC (in most markets).

Hulu + Live TV is basically your one-stop-shop for content. Stream a new movie or binge your favorite show, then switch over to the Live TV platform to watch a game in real-time. See details and start a 7-day free trial here.

Watch the NBA on Hulu

If you only care about nationally broadcasted games, or are looking for the cheapest option on the list, consider picking up an HDTV antenna from Amazon. This one comes in a sleek, slim unit and gets you a signal range of 200 miles. That means it can pick up the NBA on ABC, plus all the major broadcast networks like CBS, NBC, FOX and The CW for free. 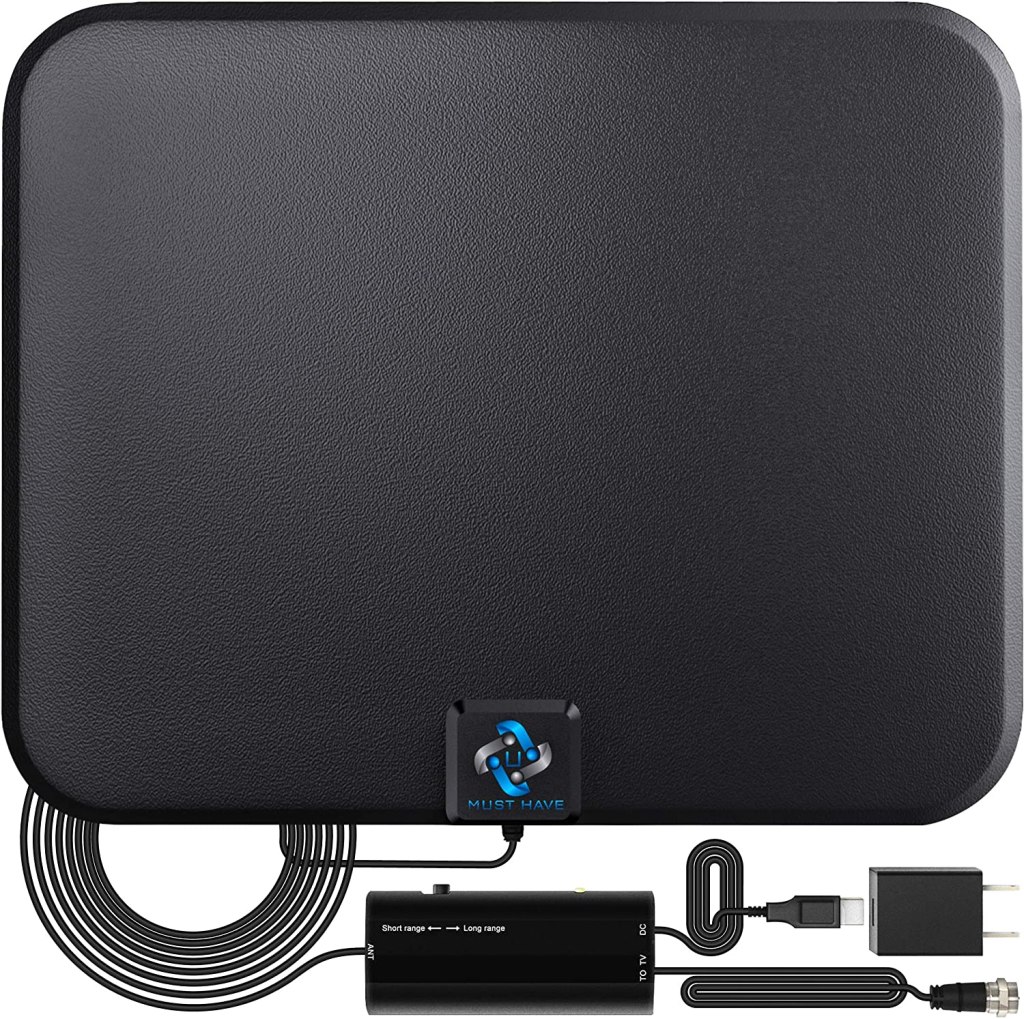