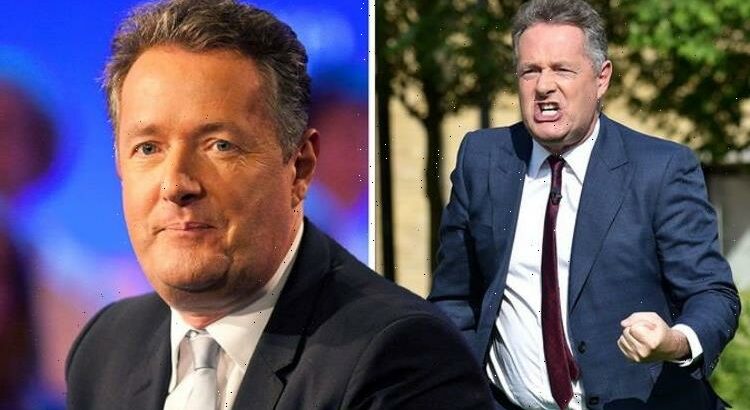 The Wheel: Michael jokes about doing a 'Piers Morgan'

Piers Morgan, 56, has ranted on Twitter after it was claimed his book Wake Up: Why the World Has Gone Nuts only sold 5,000 copies. Piers referenced a New York Times article which shared the claims earlier today.

Writing in view of his 7.9 million Twitter followers, he wrote: “This New York Times article says my book Wake Up has only sold 5,650 copies.

“Ironically, their fact-checkers need to Wake Up…it’s sold nearly 300,000 in all formats & has been a runaway No1 best-seller.”

Piers was referencing an article in the NYT from earlier today which was titled: “Millions of Followers? For Book Sales, ‘It’s Unreliable.’”

The article looked at how publishers are “increasingly skeptical” about the link between social media success and book sales.

At one point in the essay, it referenced Piers’ book Wake Up and its sales.

This read: “The journalist and media personality Piers Morgan had a weaker showing.

“Despite his followers on Twitter (8 million) and Instagram (1.8 million), ‘Wake Up: Why the World Has Gone Nuts’ has sold just 5,650 print copies since it was published a year ago, according to BookScan.”

BookScan is a data provider for the book publishing industry.

In a follow-up tweet, Piers also reacted to Amazon’s David Chensky who had discussed the findings.

Replying to the now-protected tweet, the broadcaster wrote: “Mate, for a marketing boss at Amazon, you seem embarrassingly ignorant of what your firm does.

“Why don’t you ask your own book department how many copies of Wake Up you guys have sold… (spoiler alert, it was an Amazon No1 best-seller..”

Wake Up by Piers was published back in October 2020.

Described as a The Sunday Times Number One Best Seller, it explored his thoughts on cancel culture.

The synopsis reads: “If, like me, you’re sick and tired of being told how to think, speak, eat and behave, then this book is for you.

“If, like me, you think common sense is being thrown out of the window, then this book is for you.

“If, like me, you think the world’s going absolutely nuts, then this book is for you.

“If, like me, you think NHS heroes and Captain Tom are the real stars of our society, not self-obsessed, tone-deaf celebrities (and royal renegades!), then this book is for you.

“If, like me, you’re sickened by the cancel culture bullies destroying people’s careers and lives, then this book is for you.

“From feminism to masculinity, racism to gender, body image to veganism, mental health to competitiveness at school, the right to free speech and expressing an honestly held opinion is being crushed at the altar of ‘woke’ political correctness.”