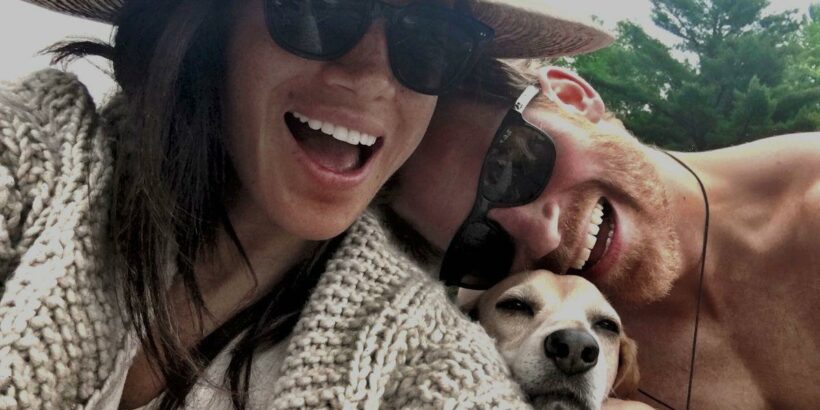 Harry andMeghan’sNetflix documentary has left them “no way back” into the Royal Family fold, it has been reported.

Prince William was said to be “utterly furious” with the Duke and Duchess of Sussex’s claims of poor treatment.

The Prince of Wales, 40, has also been reportedly left upset after the show used clips of their mother Diana’scontroversial interview with Panorama from 1995.

Prince Harry, 38, and Meghan Markle, 41, are unlikely to get an invite to Sandringham this Christmas over their latest swipes at the royals, it was reported.

Senior royals were said to have reacted with dismay as the first three episodes landed on Netflix at 8am on Thursday.

According toThe Mirror, many in the family believe there is “no way back” into the fold for the couple after theHarry & Meghan series.

Sources close to William and Kate said Harry’s comments about the pattern of male members of The Firmmarrying women who ‘fit the mould’ were “particularly hurtful”.

After the first three episodes were aired,Buckingham Palace and Netflix became embroiled in a briefing war after the streaming giant claimed the royals declined to comment after being approached prior to release.

Buckingham Palace and Kensington Palace initially denied an approach was made but then made a U-turn – suggesting they had received contact from a third party production company which went unresolved.

Sources close to Prince William said he was “exasperated” at his brother’s continued criticism of The Firm – two years after Harry and Meghan quit their royal roles for a new life in Montecito, California.

The Prince of Wales was also said to be appalled that Netflix used footage from the 1995 Panorama interview with Princess Diana. William has previously said the programmeshould never be shown again after it was revealed how shamed BBC journalist Martin Bashir used deceitful tactics to convince Diana to take part in it.

Bashir faked bank statements and showed them to Earl Spencer, Diana's brother, to gain access to the late Princess of Wales.

A source told The Mirror: “Harry has blatantly gone against his wishes with the Panorama footage. It shows just how little regard there is from the Sussex camp. William will be rightly furious about it.

“He couldn’t have been clearer and this is one thing he would have thought he and Harry were aligned on. It shows the gulf between them couldn’t be wider.”

King Charles and the Windsors also once again face serious questions over race after Harry suggested the entire family had an “unconscious bias”, admitting his own attitudes were a “constant work in progress”.

Harry said Meghan’s American roots “clouded” his family’s view of her, adding he spoke to them about a “race element” in media criticism of his wife – but was ignored.

The Firm was left facing accusations of racism afterHarry and Meghan’s interview with Oprah Winfrey in 2021 – when the Duchess said that when she was pregnant with Archie, an unmanned member of the Royal Family had raised “concerns and conversations about how dark his skin might be when he’s born”.