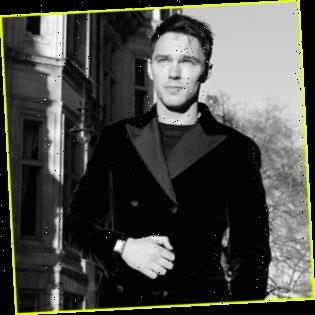 Nicholas Hoult was sure to dress up, even though he couldn’t attend in person at the 2021 Golden Globes on Sunday (February 28)!

The 31-year-old actor suited up and snapped some photos from London, where he’s currently filming is Hulu series.

Nicholas was nominated that night for Best Actor In a Comedy TV show for his role on The Great, but lost out to Jason Sudeikis. This was his first Golden Globes nomination!

The Great and his co-star Elle Fanning were also nominated for Best Comedy Television Series, and Best TV Actress in a Comedy, but they both lost in their categories as well.

“Golden Globes are tonight! All dressed up with nowhere to go, but something to watch! So proud of my @thegreathulu family, honoured to be nominated alongside so many friends and people I love. Thank you @goldenglobes @armanibeauty @giorgioarmani @jaegerlecoultre 📸 @gregwilliamsphotography,” Nicholas captioned a post on Instagram of his outfit.

FYI: Nicholas is wearing a Giorgio Armani suit and a Jaeger-LeCoultre time piece.