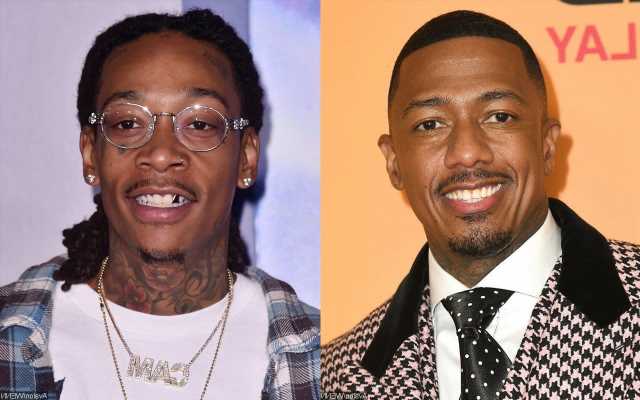 While hip-hop stars like Future and NBA YoungBoy participate in the viral challenge, 50 Cent and Soulja Boy each claim that they are the ones who did it first.

AceShowbiz –Nick Cannon and Wiz Khalifa subtly asked other rappers to stop doing the viral “Money Challenge”. The rapper/comedian and the “See You Again” hitmaker took to their respective social media accounts to share their warnings.

Making use of Instagran on Monday, January 24, the “Nick Cannon Presents: Wild ‘N Out” host shared a photo of him posing on the floor along with toilet paper that spelled, “IRS WATCHIN.”

“Y’all about to be in deep Sh!* #MoneyChallenge,” the TV host wrote in the caption. He then took an opportunity to pomote his show by noting, “IRS is watching and you should be watching #NickCannonShow today to see #WhatsPoppin.”

As for Wiz, he offered his two cents on his Twitter page. “Don’t go broke tryna count that money on tha floor,” the 34-year-old emcee, whose real name is Cameron Jibril Thomaz, penned.

Joining Nick and Wiz was fellow rapper Rick Ross. Taking to his Instagram story, the “Aston Martin Music” spitter shared a photo of money arrangement on the floor that spelled, “EVERYBODY PLEASE STFU.”

Among hip-hop stars who participated in the challenge was NBA YoungBoy a.k.a. YoungBoy Never Broke Again, Lil Durk, Future as well as City Girls member Yung Miami. Meanwhile, 50 Cent and Soulja Boy each claimed that they were the initiators.

“When i look back at some of the s**t that i did, I be bugging out,” the former “Power” star captioned an old photo of himself spelling out “BROKE” with stacks of $100 bills. “I see all these new versions i like all of them.”

However, Big Drago begged to differ. Turning to his own Instagram page, he shared a screenshot of the “Stacks on Deck” music video from 2016. Alongside the snap, the Chicago-born recording artist wrote, “I was the first to do it.”