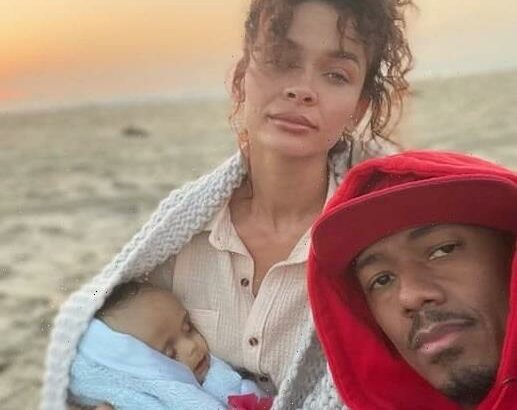 Nick Cannon has confirmed the worst of the worst.

The artist and television personality’s five-month old son has died from a brain tumor.

On Tuesday, December 7, Cannon announced the death of his and Alyssa Scott’s baby boy, Zen, followingg a battle with cancer.

“I got so much to talk about,” he said at the start of The Nick Cannon Show this morning.

“I haven’t even shared this with anybody. Not even the crew. Just because there is so much going on in the world.

“I had a tough, very tough weekend.”

The 41-year old then showed the audience his “Pic of the Day,” which was a photograph of the young boy — and then Cannon down in tears.

“Before the show started, in the summertime, Zen was born in June, June 23 actually,” he explained.

“It was a great day, y’all know I got a lot of kids. Zen is my youngest. It was so exciting.”

Indeed, Cannon had six children at the time Zen entered the world.

The Masked Singer host went on to note that his and the 28-year-old model’s son went to the doctor for what was believed to be a sinus issue when he was two months old.

Fluid was building up in his head… and the infant’s tumor required immediate surgery.

As Nick detailed, doctors put a shunt in Zen’s head as they hoped “for the best.”

From there? The family “carried on” and Zen was “playing with all his brothers and sisters.”

While addressing his listeners and touching on this tragedy, Cannon strongly paised Zen’s mother:

“Alyssa was just the strongest woman I have ever seen. Never had an argument, never was angry.

“She was emotional when she needed to be but was always the best mom and continues to be the best mom possible.

“So I’ve got to say thank you to my entire family but specifically to Alyssa.”

On Sunday, Cannon said the held his son for the final time, taking Zen to the beach and appreciating the sights and sounds of the ocean.

“This is a beautiful show dedicated to my son,” he concluded.

“You never know what someone is going through. Hug your family. Kiss somebody.

“Tell them you love them.”

Cannon is also dad to his and Mariah Carey’s 10-year-old twins Moroccan Cannon and Monroe Cannon.

We send our condolences to him and his loved ones.