After Priyanka Chopra shared pictures of her in a yellow one-piece, catching some rays while out on a yacht, her husband Nick Jonas could only find two words that summed up his feelings.

“Damn girl,” commented Nick Jonas on the Instagram gallery Priyanka Chopra published on Wednesday (Oct. 6.), and it’s not hard to see what got the Jonas Brothers singer all up in his feelings. In the first picture in the gallery, Priyanka, 39, lounges against the side of the boat while wearing a golden one-piece swimsuit. The Quantico actress poses as if she was going for the next Sports Illustrated Swimsuit Issue cover, and Nick, 29, clearly would buy up ALL the copies if he could. “A perfect day off,” Priyanka captioned the gallery, which showed her lounging, swimming, and cuddling a cute dog.

Nick wasn’t the only one captivated by Priyanka’s post. “Gorgeous yellow suit [heart emoji],” wrote Jessica Mulroney. “So beautiful,” added Oghenekaro Itene, who also wrote, “You’re so stunning.” Other fans added flame emojis, heart emojis, and “hearts for eyes” emojis. “Dayum,” one fan wrote, while another said that Priyanka was a “superstar” with “beautiful pictures.”

Priyanka’s “day off” comes a few weeks after Nick celebrated his 29th birthday. To mark the occasion, Priyanka shared a picture of her embracing the “Spaceman” singer from behind as they stood next to a giant pillar bearing the words, “Happy Birthday, Nick.” A banquet table was set in the background while a row of cars sat parked to their left. In her message, Priyanka called him the “love of my life” and the “kindest, most compassionate, [most] loving person I know.” She also gave him plenty of “love” on his birthday. “Thank you for being you.” 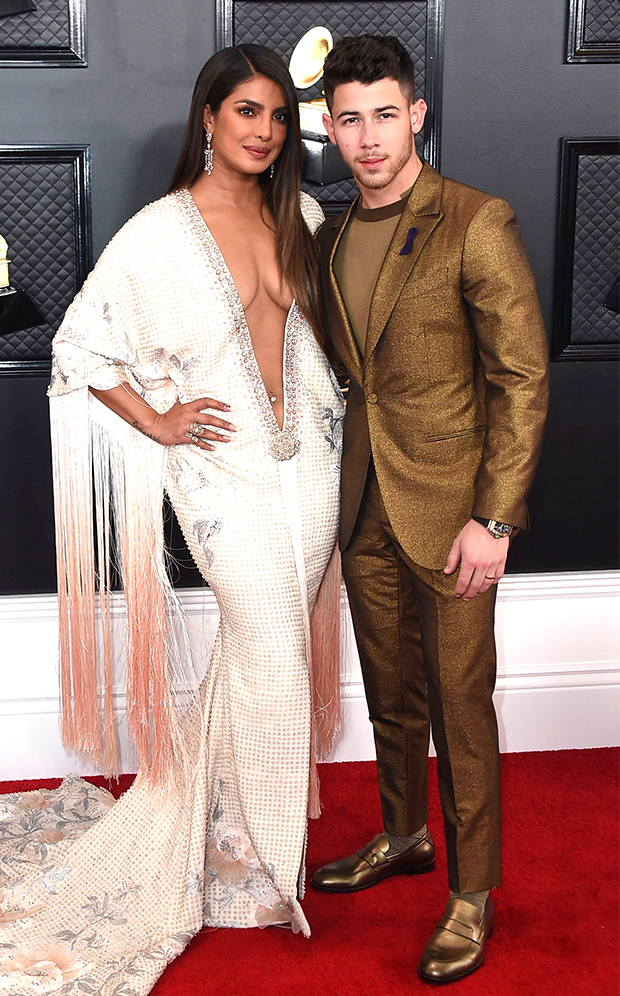 Nick has been thankful for his smoking hot wife. At the start of September, the two went golfing with Kevin Jonas and Joe Jonas at the Scottsdale National Golf Club. In one of the photos she posted from the trip, she rocked a camouflage jacket and a pair of “Daisy Duke” shorts. At the end of August, Priyanka shared photos of her and Nick sunbathing together. She wore a mismatched bikini – red bottoms with a black top – making Nick feel…hungry. In Priyanka’s photo, Nick has a fork and knife, and he’s making a meal out of his wife’s derriere. “Snack,” she captioned the IG gallery, and Nick would agree.