Nick Viall started keeping up with Vanessa Grimaldi again at the perfect time. The former Bachelor congratulated his ex-fiancée on her recent engagement on Monday, August 10, via social media.

“Well thank god I followed you back a week ago to hear this news,” Viall, 39, commented on Grimaldi’s Instagram post about her engagement to Josh Wolfe. “Congrats to you two! Lucky guy. ❤️💜”

Viall and Grimaldi, 32, made headlines earlier this month when they reunited to record a special episode of his podcast. While the “Viall Files” host has yet to release their conversation, which will be available on his Patreon account, the exes followed each other via Instagram shortly after he announced the episode. Both Viall and Grimaldi shared screenshots on their respective social media platforms.

The Essential Oils founder and the special education teacher met and fell in love on season 21 of The Bachelor, which aired in 2017. While they got engaged during the March finale, they called it quits in August 2017.

Vanessa Grimaldi Is Engaged to Josh Wolfe: See the Pics

“We gave this relationship our all and we are saddened that we did not get the fairy-tale ending we hoped for. We will continue to be there for each other no matter what,” the pair said in a joint statement at the time. “This hasn’t been an easy decision, however, as we part ways, we do so with lots of love and admiration for each other.”

Grimaldi later confessed that she didn’t want Viall to get down on one knee on The Bachelor.

“I didn’t want to get engaged. They didn’t air this,” the Canada native said on Taylor Nolan’s podcast in October 2019. “I had a conversation with him, and I said, ‘Listen, wouldn’t it be better if we just date outside of the show and then get engaged? ‘Cause that’d be more meaningful. We’d get to know each other.’ … I think if we weren’t engaged, we would’ve broken up sooner.”

A month later, Viall confirmed on Kaitlyn Bristowe’s “Off the Vine” podcast that he didn’t keep in touch with Grimaldi and her comments didn’t bother him. 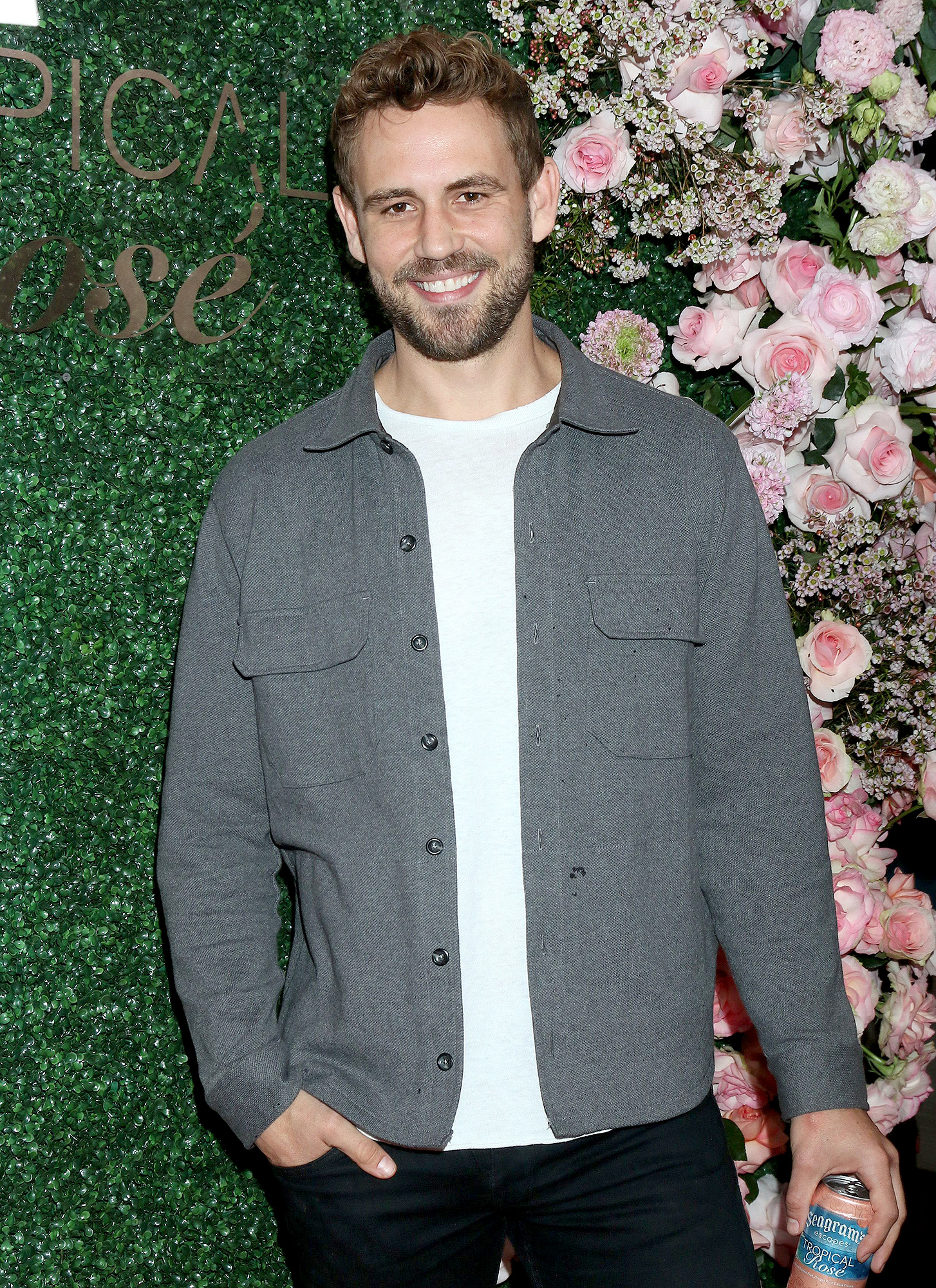 Us confirmed in January 2019 that Grimaldi was dating Wolfe. She shared several photos from the proposal on Monday.