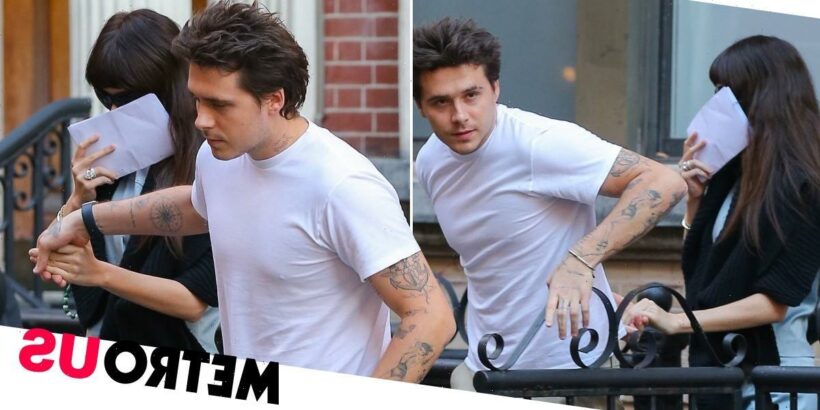 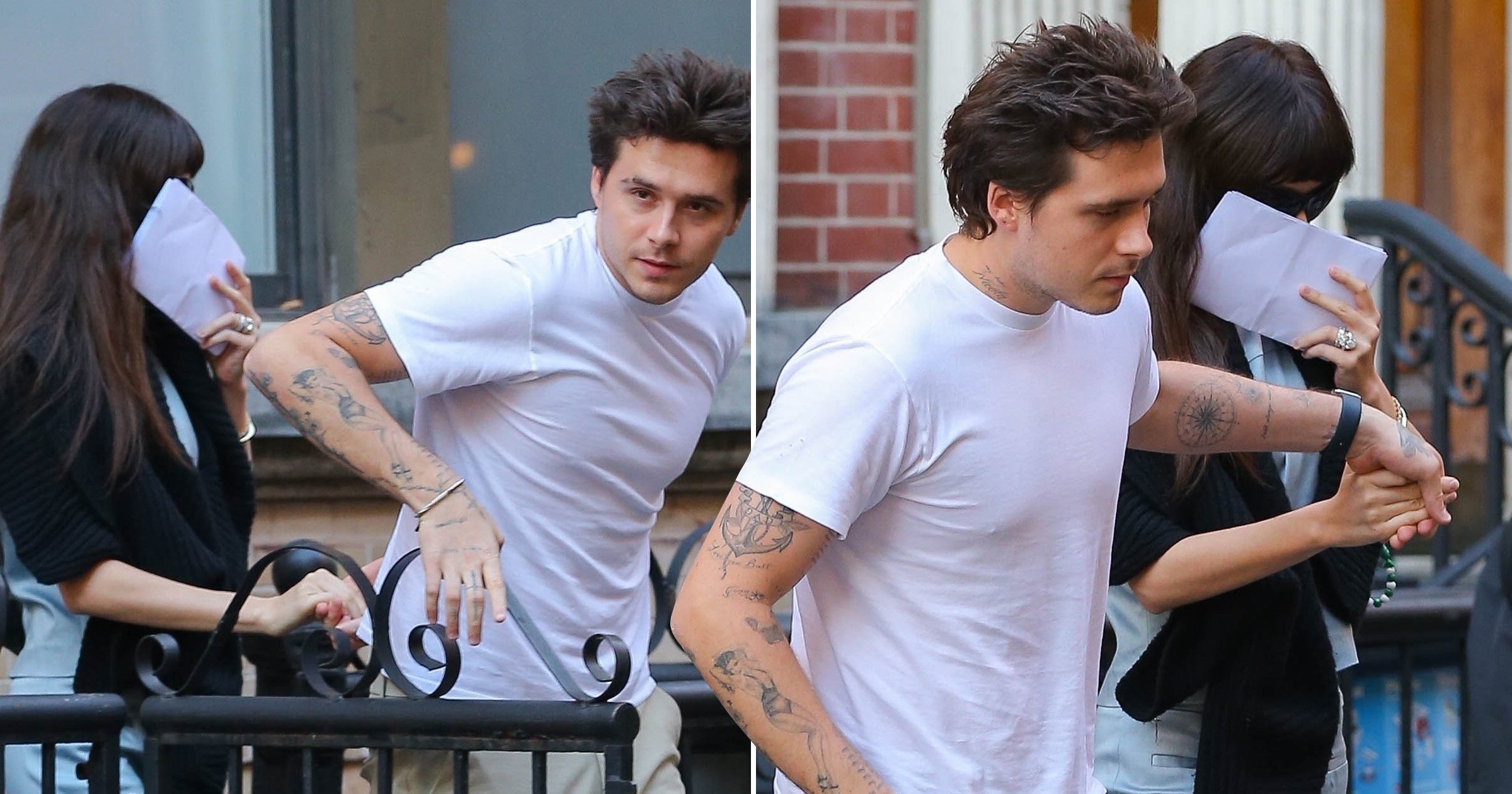 Brooklyn Beckham and his wife Nicola Peltz have been spotted heading out in New York City after the actress spoke out on the rumours of drama between her and her mother-in-law over her wedding dress.

Nicola, 27, kept her face covered with a sheet of paper as she and Brooklyn wandered in the Big Apple, with Brooklyn, 23, leading his wife by the hand.

Nicola recently spoke out on rumours of drama between her and Victoria.

She aid she had initially planned for Victoria to design her dress, saying that, after she spoke to Victoria about the dress, she didn’t hear anything for a few days, until Victoria called her mum to tell her that the atelier couldn’t make the dress.

She went on to opt for Valentino, who she’s a big fan of.

Nicola added to Grazia: ‘When I read things that say [things like] I was never planning on wearing a [Victoria Beckham] dress or things like that, it does hurt my feelings. I try not to let it, but it’s just not the truth. It’s just a bit of a bummer when you’re like, “Oh, people think that,” but it’s just not true.’

Brooklyn weighed in: ‘To be honest, my wife is obviously my first priority and I never want to see her upset ever. When people do say ridiculous things, we just talk about it and we just move on. We have each other’s back 100 percent and we just move on together.’

Victoria has not spoken out publicly on the situation.

Brooklyn and Nicola, who have been dating since 2019, tied the knot in April at the Peltz estate in Palm Beach, Florida, with David and Victoria sharing snaps of the happy couple.

David and Victoria, also known as Posh and Becks, tied the knot in a small ceremony at Luttrellstown Castle outside of Dublin in 1999.

They’ve been strong ever since, celebrating their 23rd anniversary earlier this year.

‘They say he isn’t funny, they say I never smile, they said it wouldn’t last,’ Victoria wrote. ‘Today we celebrate 23 years being married. David you are my everything, I love you so much!!!!”