Nicole Scherzinger is reportedly moving on from her recent break-up with tennis ace Grigor Dimitrov and into the arms of another sportsman. 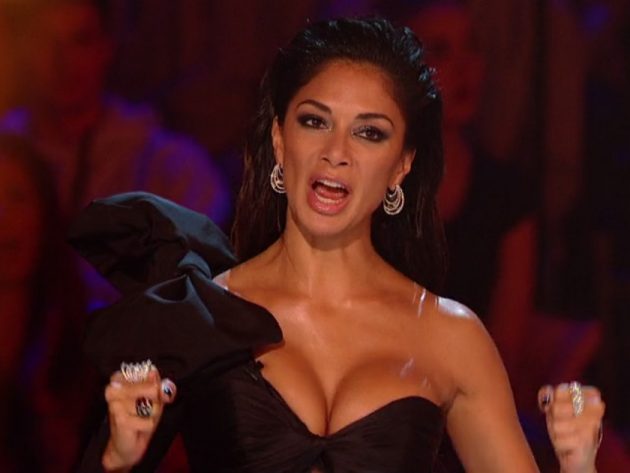 The 41-year-old is said to be ‘secretly dating’ rugby star Thom Evans after meeting on The X Factor: Celebrity, where Thom is part of the group Try Star and Nicole is a judge.

Nicole and Thom are said to have flirted and texted each other for weeks before finally enjoying a date in London earlier this week.

‘Thom is completely Nicole’s type. And for his part, Thom was smitten early on — he’s always said Nicole is one of the most beautiful women in the world,’ an insider told The Sun on Sunday.

‘He fancied her long before meeting her on the show. He was initially a bit nervous about starting something up, and ruining his chances on the series, but they had great chemistry from the off.

*suddenly takes an interest in Rugby* ?? what do you think these lads have in store for us this weekend? #XFactorCelebrity

‘And after weeks of texting, Thom finally plucked up the courage to ask her out, and took her for dinner.’

The source continued: ‘They met up with friends, all had drinks, and were laughing and joking the whole night. They looked to be having the time of their lives.

‘They both want to focus on the series for now though, and then see what may or may not progress once the show has wrapped. But Nicole deserves to meet someone lovely and everyone is hopeful this will work out.’ 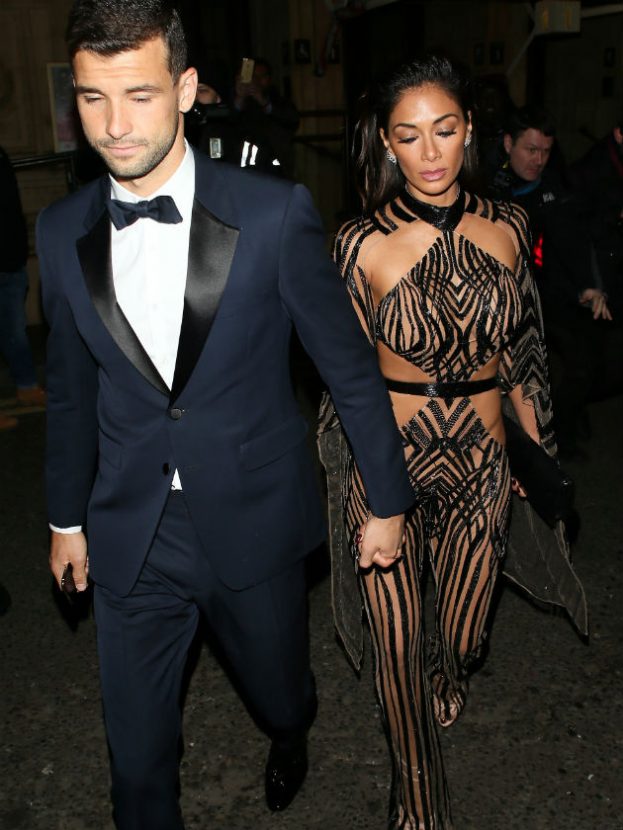 Their alleged romance comes just days after Thom swore off sex until the end of the show so that he could give it his full concentration.

Meanwhile, Nicole confirmed her split from Wimbledon semi-finalist Grigor during an episode of Australia’s Got Talent after swooning over a contestant’s performance, she declared: ‘Come on, I’m single!’

Thom has also had a string of high-profile romances. He dated model Kelly Brook for two years before ending their relationship in 2013. He then enjoyed a seven-month romance with Canadian actress Jessica Lowndes, best known for appearing in cult TV series 90210.