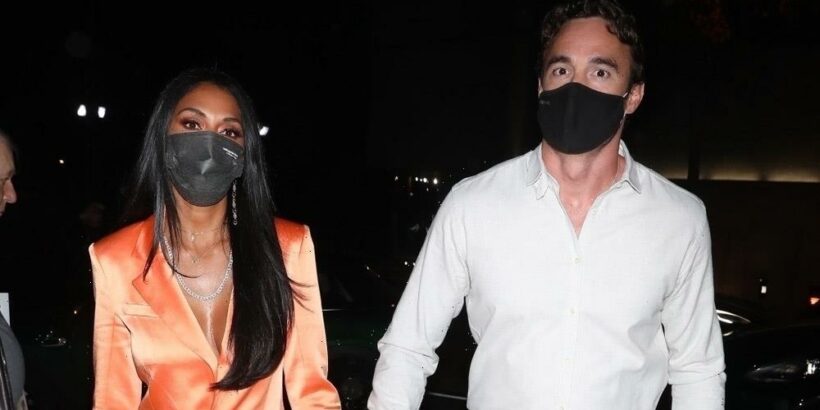 Nicole Scherzinger and Thom Evans are still going strong as a couple!

The 42-year-old Pussycat Dolls singer and the 36-year-old former rugby player were spotted holding hands while stepping out for a date night on Tuesday (April 27) in West Hollywood, Calif.

The hot couple had dinner at the popular restaurant Craig’s and they were seen taking home some leftovers after their meal.

Nicole and Thom started dating in late 2019 after they worked together on The X Factor: Celebrity, a singing competition for celebs in the UK. She was a judge and he was a contestant!

You’ve gotta see the sweet things that she said about their relationship during an interview last year!

Did you know that Thom has a lookalike older brother who was also a rugby player? They went shirtless together while walking in a fashion show once!