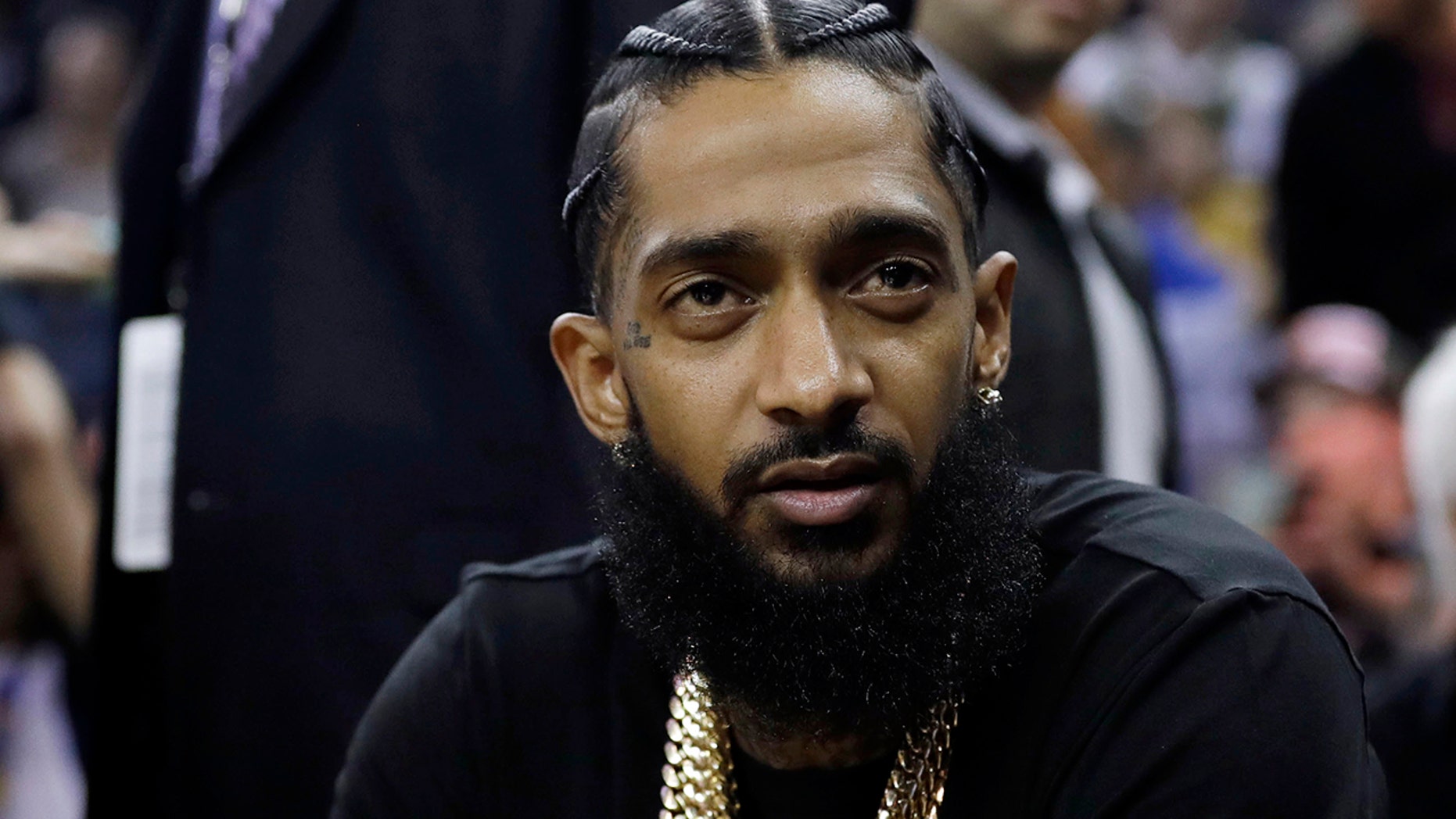 FILE 2018: Nipsey Hussle watches an NBA basketball game between the Golden State Warriors and the Milwaukee Bucks in Oakland. (AP)

Nipsey Hussle, the 33-year-old Grammy-nominated rapper, was killed Sunday in South Los Angeles outside of his clothing store in a shooting that left two others wounded, the city’s mayor confirmed.

The gunman, who was identified as a black male, has not been captured. TMZ, citing unnamed sources, reported that the gunman walked up to Hussle and the others and opened fire. He sped off in a nearby vehicle that was driven by a female. All three men were taken to hospitals.

Hussle, whose name was Ermias Ashedom, was known in the community as a positive influence in the neighborhood. The Los Angeles Times reported that the father of two was known to give jobs to some homeless and even once donated a pair of shoes to every student at a nearby school.

“It’s like a war zone out here,” one mourner told the Times. “And he was trying to make it better.

Los Angeles Mayor Eric Garcetti tweeted, “Our hearts are with the loved ones of Nipsey Hussle.”