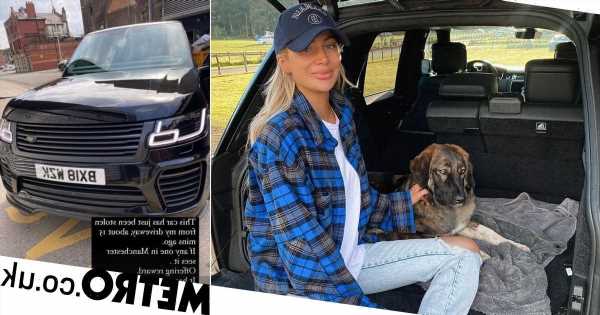 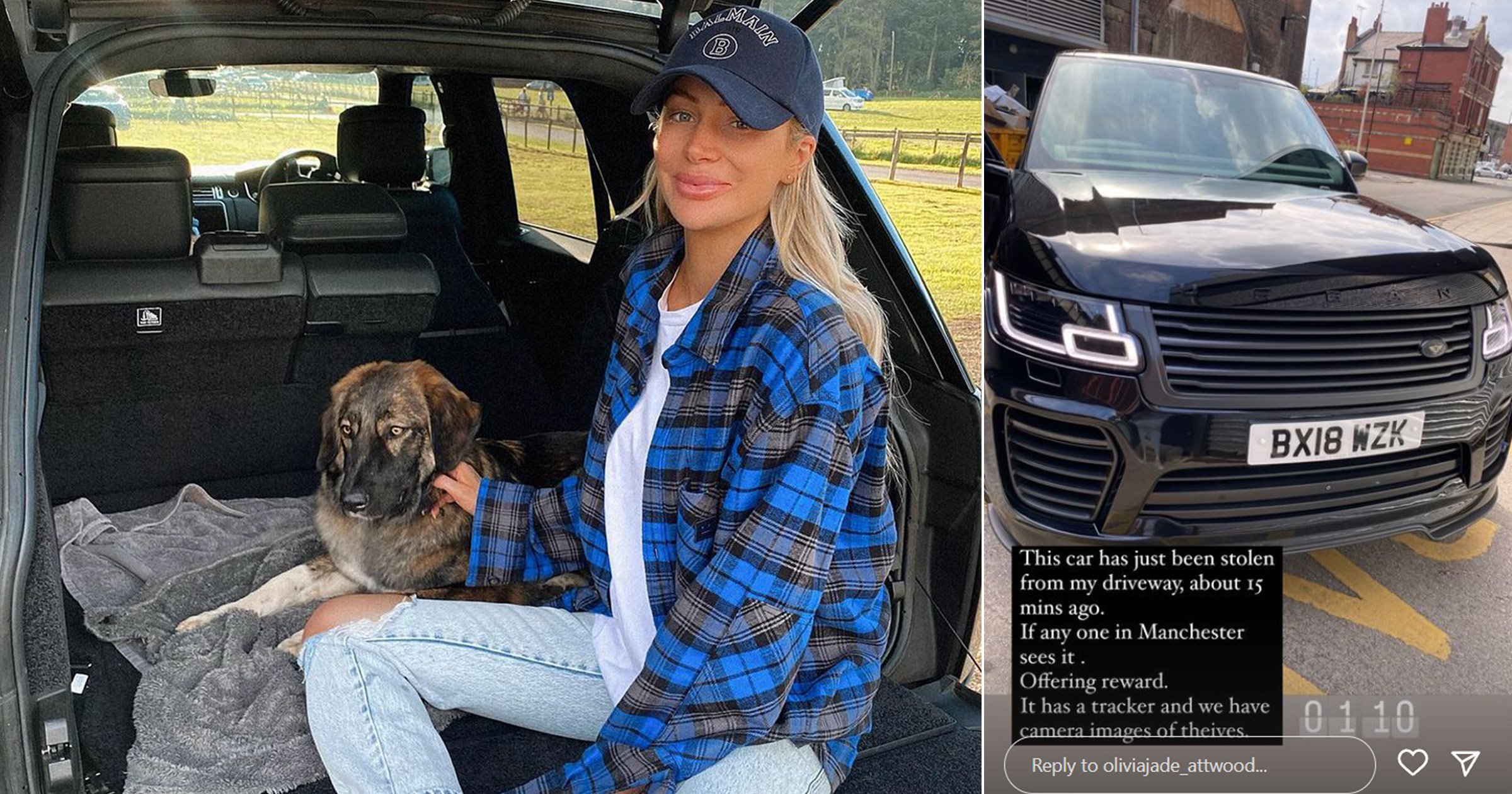 Olivia Attwood has asked fans to keep their eyes out for her Range Rover after it was stolen from her driveway overnight.

The former Love Island star, 31, took to Instagram to share several photos of the car in the hopes people might see it as the thieves drove away with it.

She wrote at 1.10am: ‘This car has just been stolen from my driveway, about 15 mins ago. If anyone in Manchester sees it.

‘Offering reward. It has a tracker and we have camera images of the thieves.’

Olivia added: ‘We also know the car has no fuel so any petrol stations in Manchester/Cheshire within the next hour please keep your eyes open.’

The reality star, who lives in Manchester with her fiancé Bradley Dack, shared further details to help make the vehicle identifiable, adding: ‘It’s a black Range Rover Vogue for those asking BX18 WZK with Urban across the bonnet.’

She also appealed for any sightings of dog towels and clothing which the thieves had been throwing out of the vehicle on their way, asking her followers to send her any photos and the locations of items which may belong to her and have been in the car.

Olivia also told her followers to get in touch with any sightings of the same car with different plates, explaining: ‘Thanks so much for all messages already guys. We have had a couple of promising leads.

‘The car likely has new number plates now – so even if you see one that looks like this anywhere in the UK with this Urban kit etc – please take a pic and get in touch.’

Olivia pointed out that the alloy wheels were scratched, joking: ‘Can tell it’s mine lol’.

She is not the only star whose Range Rovers have been stolen in recent weeks, with Towie’s Pete Wicks having his £85,000 car taken from his driveway.

Ryan Giggs’s ex Stacey was also among the victims, as three masked men stole her Range Rover Sport at the end of August.