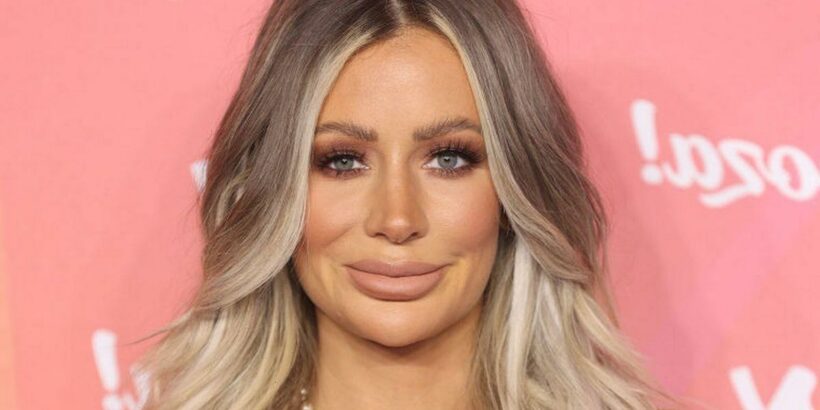 Love Island’s Olivia Attwood has shows off the moment she ditched her hair extensions and happily flaunted her natural hair for her two-million followers.

Olivia, who starred in season 3 of the show alongside Camilla Thurlow, Amber Davies and Sam Gowland, took to Instagram on Wednesday to treat fans to a new look – but documented the journey that included a rare look at her natural hair.

Showing a picture from before her transformation, Olivia captioned the post: “Ok guys hair time – I feel like I might have oversold this like I’m doing some massive change when actually it’s quite subtle, but ya know I’m dramatic, sue me x."

“So obvs this is my hair before… No extensions in,” she added.

In the next short clip, Olivia played with her hair while addressing her fans, as she said: “Ok extensions are all out, this is my natural hair now which I’m actually quite pleased with.

“It’s obviously grown so much since she started doing my hair. Obviously got a big thick natural dark root there, some grown out money piece, and we’re going to do something a little softer today. But I will keep you posted.”

In the next picture, which showed Olivia at the wash station, she added: “Colour on…Cooking.”

With the colour now in and “blendedddd”, Olivia said it was “now time for some stennies.”

The finished look is undeniably stunning, with Olivia explaining: “The finished product. A softer colour with slightly more on the length. So Happpy.”

While Olivia is arguably most well known for her time on Love Island, where she coupled up with Chris Hughes, the bombshell was famously forced to pull out of I'm a Celebrity… Get Me Out of Here last year.

Olivia began the series in Australia, meeting the likes of Chris Moyles, but upon completing the first skydiving challenge, she shocked fans with a sudden exit.

It was later revealed that a routine blood test showed that Olivia was dangerously anaemic and had worryingly low levels of sodium and potassium.

"I was wondering if I had picked up a virus, was I pregnant, all of these things were going through my head. It was absolutely frightening," she said at the time.

Sadly, Olivia was not able to return to the jungle alongside campmates like Mike Tindall, Loose Women’s Charlene White and the series champion, Jill Scott.

The show’s hosts, Ant McPartlin and Declan Donnelly, also addressed the reality TV star’s exit during an Instagram Q&A when one fan asked: "Can you bring Olivia back next year? We are missing a feisty female."

They responded: "That's not a bad idea! I'm going to put that to the powers that be at the end of this show and hopefully I'll have an answer sometime tomorrow."