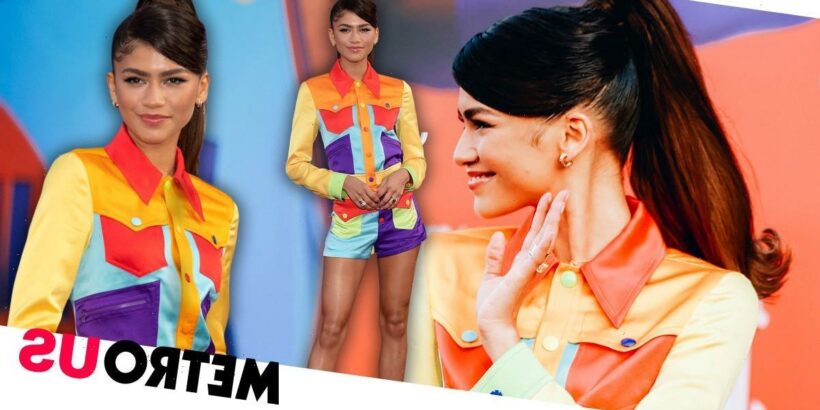 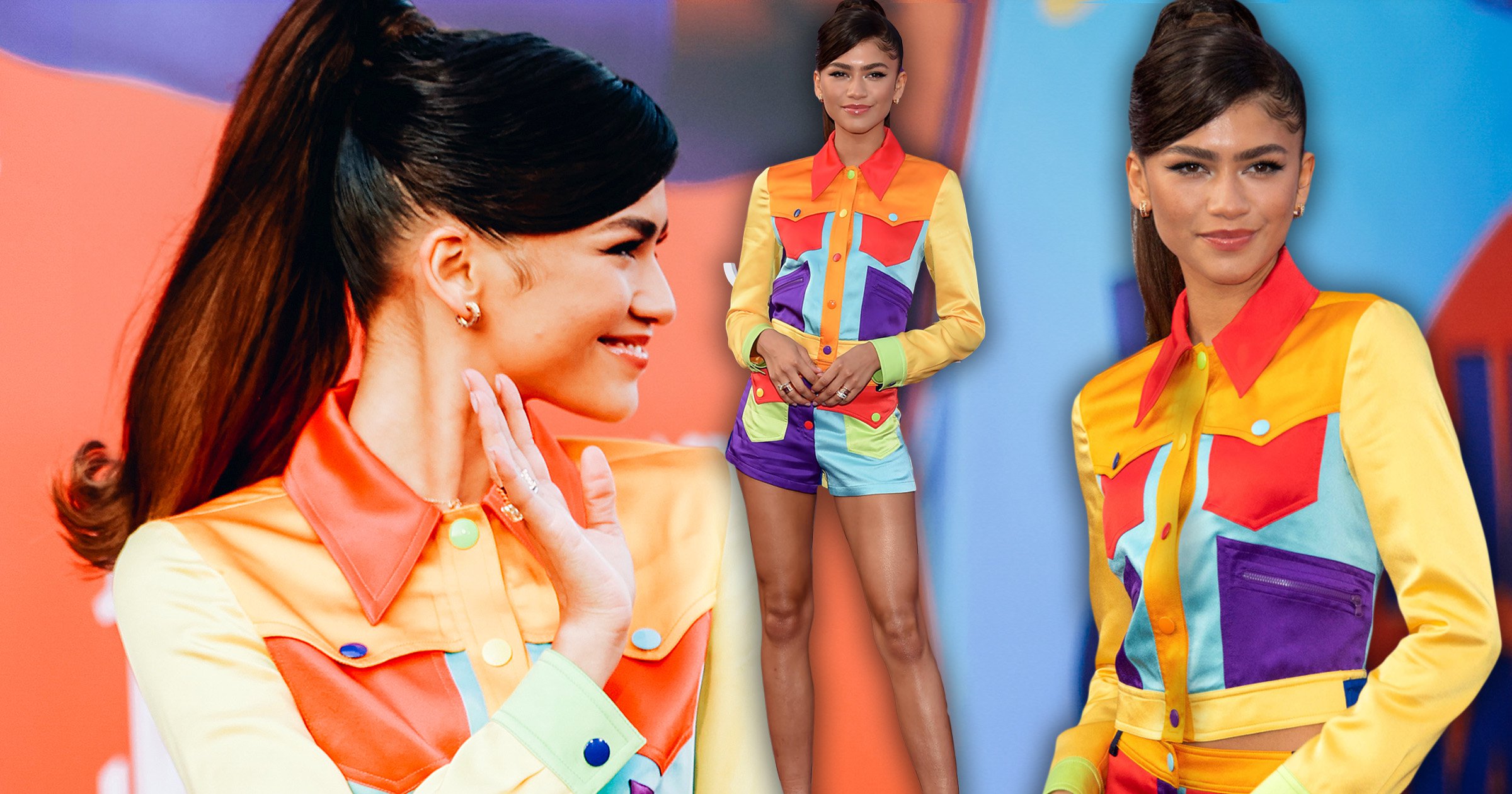 Zendaya made sure she stood out as she hit the premiere for her new film Space Jam: A New Legacy in Los Angeles on Monday night, just over a week after she was spotted kissing Spider-Man co-star Tom Holland.

There was no sign of her rumoured new love interest on the purple carpet but her eye-catching outfit grabbed more than enough attention.

Her tiny suit had more shades on it than Joseph’s technicolour dreamcoat, with yellow sleeves, a red collar, purple and green pockets, and blue and purple shorts.

The 24-year-old, who is the voice of Lola Bunny in the animated film, teamed the designer outfit with red heels and a high, sleek ponytail.

The Euphoria star has been praised by fans for continuing to stay safe during the pandemic and wearing her mask indoors at awards shows, and she continued to lead by example as she signed autographs for buzzing fans while wearing a blue face covering that was decorated with a sparkly basketball, in keeping with the Space Jam theme.

Zendaya looked mighty happy as she posed and waved for waiting cameras on the purple carpet. The result of a new romance perhaps?

Earlier this month Zendaya and Tom, 25, were pictured sharing a sweet kiss in the British actor’s Audi, seemingly confirming they are more than just co-stars.

The pair play Peter Parker/Spider-Man and Michelle ‘MJ’ Jones in the Marvel films with the third, Spider-Man: No Way Home, on the way.

The actress has previously denied they had struck up a romance, telling Variety: ‘We are friends. He’s a great dude. He’s literally one of my best friends.

‘This past how many months we’ve had to do press tours together. There’s very few people that will understand what that’s like at 20 years old.’

Maybe they’re waiting for the right bash to make things official? Imagine #TomDaya at the Oscars or Met Gala…

She was joined by Space Jam star Lebron James who looked sharp in a black suit and tie with white buttons and huge lion-shaped ring on one hand.

The sports star posed on the red carpet with his wife Savannah Brinson and their six-year-old daughter Zhuri.

Space Jam: A New Legacy, the follow-up to the 1996 movie starring Michael Jordan, sees LeBron team up with Bugs Bunny to win a basketball game after his son his held hostage.

Space Jam: A New Legacy is in cinemas Friday.