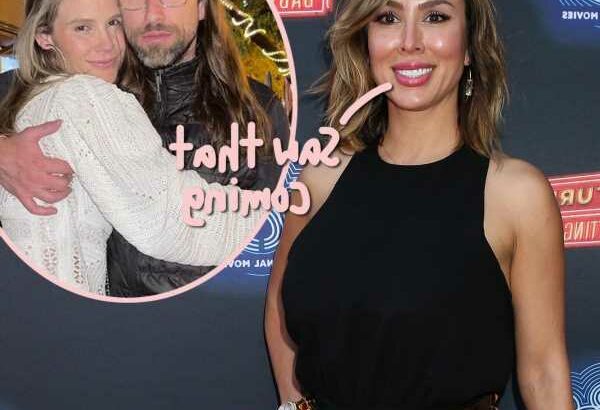 This is pretty harsh — even for Kelly Dodd!

As we reported, Real Housewives of Orange County alum Meghan King split from husband Cuffe Biden Owens last week after two months of marriage. The sudden breakup took some by surprise, but not Kelly — or her podcast listeners, for that matter!

In fact, Meghan’s former co-star actually held a contest to see who could predict how short her whirlwind marriage would be!

The Bravolebrity and her husband Rick Leventhal told Page Six in a joint statement:

“As bad as we feel for her, neither of us is surprised. We actually talked about her nuptials on our Rick & Kelly Unmasked Podcast right after she tied the knot in October, and both of us predicted it wouldn’t last, because of how new their relationship was and how short their engagement was.”

As fans know, Meg and Joe Biden’s nephew went Instagram-official in September before tying the knot just a few weeks later on October 11. The pair said “I do” in a small ceremony with approximately 50 guests, including POTUS and first lady Jill Biden — but just two months later, it was reported that the newlyweds had gone their separate ways.

Dodd and her hubby told the outlet they both predicted King’s marriage would last less than a year, then started “an impromptu contest” asking their Patreon subscribers to “weigh in via email” at the time.

“One of them wrote us with the winning guess of ‘less than six months.’ We’re sending her a ‘Rick & Kelly Unmasked’ hat.”

Again, sounds harsh. But the duo insisted they “weren’t being heartless” with their contest, explaining:

“We realize this might sound bad but we weren’t being heartless, just realistic, based on our own experiences. We both truly hope Meghan finds happiness because she deserves it.”

That we can agree with!

For her part, King confirmed the split on her Instagram Stories on Monday, sharing:

“I’ve been asked by many outlets and individuals to comment on the state of my marriage. I am rattled. This situation is profoundly devastating. This is obviously not what I imagined when I made my vows — and I’m shocked and saddened by the way things turned out. At this time I ask for your grace and gentle kindness as I navigate this labyrinth of grief with my family.”

Do U think Kelly crossed the line with this contest, Perezcious readers? Sound off (below).