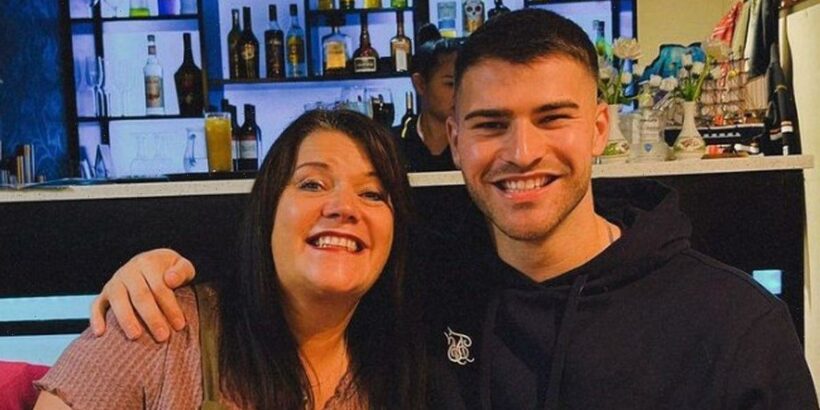 Hollyoaks star Owen Warner has been taking the I'm A Celebrity… Get Me Out Of Here! jungle by storm, and now his mum, Polly Warner, has spoken about her son's time on the popular ITV jungle-based reality show.

Polly usually speaks to her son every day and he even FaceTimed her while on his flight to Australia, but since he's been in the jungle, she's had no contact with him at all.

However, while she has been missing him, Polly has been pleased to see him getting on with his other campmates, especially Coronation Street's Sue Cleaver and Lioness Jill Scott.

And while some viewers have accused radio presenter of Chris Moyles of bullying Owen and taking advantage of his gullibility, Polly doesn't see it that way.

She said: "I wouldn’t have called Owen gullible to be honest but he doesn’t know anybody in there so he’s going to take everything someone says on face value straight away but I don’t think it’ll take much for him to rumble him really – he’s not that daft."

Speaking about Owen's relationships with his fellow campmates, Polly continued: "I felt his voice went when Sue was gunged during the challenge and that hurt – I broke a bit when he said ‘not Sue’ – they obviously have a really good relationship. I think he’ll be looking for someone like me in there, he loves people, he talks to people, he’s never on his own really – he’s a real loveable person."

"Owen likes to unload and he sought Sue out as a bit of a mum figure and he’s probably spoken to her quite a lot and so seeing her get gunged, I felt for him then.

"I love seeing Owen with Jill. When they were playing keepie uppies – amazing, absolutely amazing. I would imagine that he gets on with everybody in there because he is that kind of person."

Polly was also delighted life in camp means he is learning to cook more. The 23 year old was not exactly a whizz in the kitchen when he went in, she reveals.

She explained: "I can’t believe he’s cooking and eating all of those foods – it’s fantastic. I am blown away by his cooking… obviously he can cook – he left home at 18 so he can cook for himself but these types of foods, they’re not easy are they? He can do chicken, mash, and veg and stir-fry but that’s it.

Polly also opened up about how proud she is of Owen, even if she does miss their daily chats.

Polly added: "He is doing really well. I think he’s got a good chance of going a fair way in it – he seems to get on with everybody well and he’s having a laugh, as long as he enjoys it, that’s the main thing.

"It’s the longest we’ve been apart. It is really difficult because I like to know what he’s doing, he has a very different life to my other boys so I like to know where he is and that he’s safe.

"We are close like you wouldn’t believe. I talk to him three times a day. He lives in Liverpool so he’s away from me but this has been really, really weird.

"When I said goodbye to him it was quite emotional just knowing that… in fact he FaceTime me on the plane on the way to Australia."