AceShowbiz –
Ozzy Osbourne is recovering in hospital following surgery on his hand.

The rocker postponed his Saturday night (October 06) concert in Mountain View, California after checking into Cedars-Sinai Medical Center with an infection that required emergency surgery. 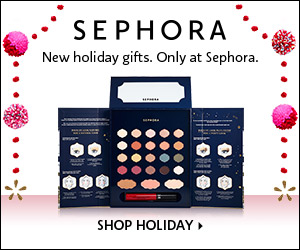 A spokesman for Osbourne has confirmed he is “being treated for an infection, which required surgery on his hand”.

“Osbourne will spend a couple of days at Cedars-Sinai in Los Angeles, where he’ll remain under doctor’s care as they monitor the infection,” a press statement reads.

Sat Oct 6 show at @ShorelineAmphitheatre in Mountain View, CA has being postponed due to illness. The Rock and Roll Hall of Fame inductee and Grammy®-winning singer and songwriter is being treated for an infection, which required surgery on his hand this morning (Saturday, October 6). OSBOURNE will spend a couple of days at Cedars-Sinai in Los Angeles where he’ll remain under doctor’s care as they monitor the infection. The show is part of OZZY’s North American “NO MORE TOURS 2,” produced by @LiveNation, and is expected to resume on Tues, October 9 at @MattressFirmAmp in Chula Vista before this leg of the tour wraps with shows at the @HollywoodBowl (October 11) in Los Angeles and Las Vegas (October 13) at the @MGMGrand Garden Arena. @StoneSour will perform on these three shows. The Oct 6 show has been rescheduled for Tuesday, Oct 16 (support act for the new date is TBA). Ticketholders for the October 6 show should hold on to their tickets, as they will be honored at the rescheduled date on October 16. Refunds are also available at point of purchase.

Ozzy posted photos of his heavily bandaged hand on social media and returned to add an image of himself enjoying an ice-cream in his hospital bed.

The former Black Sabbath star is expected to be back onstage for the next date on his “No More Tours 2” tour in Chula Vista, California on Tuesday, October 09. Saturday night’s postponed Shoreline show in Mountain View will now take place on October 16.

Ozzy is also booked to perform at the Hollywood Bowl in Los Angeles on October 11 and the MGM Grand Garden Arena in Las Vegas on October 13.