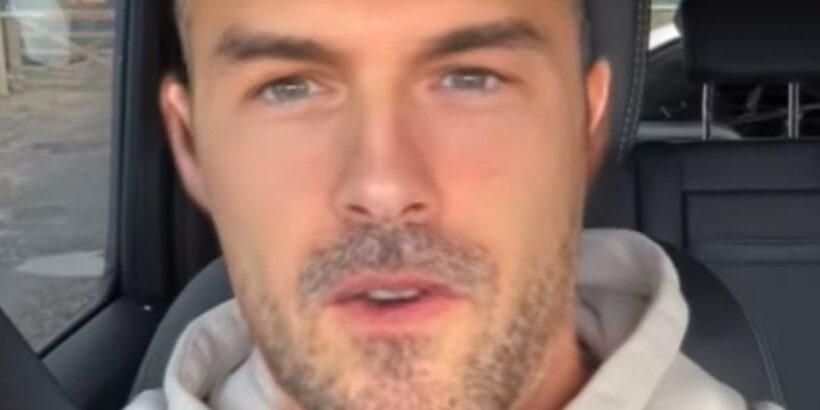 Paddy McGuinness, 49, rubbished rumours that he had travelled to Turkey to get age-defying cosmetic work done – but appeared in what seemed to be a heavily filtered video, where some thought he looked just half his age. The Top Gear legend displayed unusually smooth skin, a luscious head of hair and a very youthful face as he addressed the claims he could have gone under the knife.

“Hello there, I’ve come on here today to address the unfounded rumours that I’ve had a bit of work done over Christmas,” Paddy explained to his Instagram followers.

“Yes, I’ve been to Turkey for a long weekend, but there’s absolutely no truth in that I’ve had a bit of work done!” he insisted.

“This is just a tan and I’ve had a couple of cans of that Prime.”

However, @paul_strick341 quipped: “How many filters have you got turned on fella?”

@badlifestyler commented: “[We] could see you struggling to keep a straight face!”

Paddy also joked that fans shouldn’t pay attention to the fake social media accounts run by imposters posing as him.

Paddy also spoke of the intense “ups and downs” that 2022 – the year he split from his ex wife Christine – had brought him.

Summing up the past year, he recalled glamorous globetrotting journeys and TV appearances, attaching clips to an Instagram post for his fans.

Despite separating from his Real Housewives of Cheshire star wife, to whom he’d been wed for 11 years, he promised fans that he was “still above ground”.

Christine recently explained that she and Paddy had been keeping their split a secret from their three kids, so as not to cause them unnecessary upheaval.

They share twins Leo and Penelope, who are nine, and six-year-old daughter Felicity, all of whom have been diagnosed with autism.

Christine also has the condition herself – and in a bid to keep life as normal as possible, neither parent has moved out of their Cheshire home.

She told OK! magazine that she intentionally allows the children to see them enjoying cups of tea together, explaining: “I’m trying just to stick to a normal routine.

“I’m quite happy for him to be there with the children and it’s nice for them to see Mummy and Daddy just being alright.”

In her autobiography, A Beautiful Nightmare, she elaborated on the subject, vowing that “no matter how difficult things get, I would never kick my husband out.”

Meanwhile, Paddy summarised his year with a carousel of snapshots and video clips, featuring everything from airports, to football stadiums, to cosy nights at home with his cat and a bandaged leg.

Viewers even saw the Top Gear presenter’s car burst into flames on the show this year.

He also shared an image of Table Talk, the podcast series he shared with ex-wife Christine to discuss the realities faced by families who have “seriously ill or disabled children”.

“I’ve had a year of ups and downs but I’m still above ground. I hope 2023 brings us all a bit of happiness and we get through it in good health,” he told his two million followers in the caption, as the pictures flashed up to the tune of Harry Styles’ As It Was.