Editors note: Deadline’s Read the Screenplay series debuts and celebrates the scripts of films that will be factors in this year’s movie awards race.

Rebecca Hall made her directorial debut with the Netflix film Passing, which also marked her first produced screenplay. She adapted Nella Larsen’s novel about a Black woman passing for white in 1920s Harlem, and her friendship with another woman.

Irene Redfield (Tessa Thompson) and Clare Kendry (Ruth Negga) were childhood friends. By the time they reunite as adults, they’re living quite different lives. Irene is married to a doctor (Andre Holland) with whom she has children. Clare passes for a white woman and is married to John (Alexander Skarsgård) who not only doesn’t know his wife is Black but is racist himself.

Hall has a Black grandfather who passed for white in his day, though he died before Hall was born and she says her family never discussed it. She discovered Larsen’s novel around 2007 or 2008. The book was fictional, but the author also had a complicated childhood as a mixed-race girl; Larsen’s father was Black, but he and her Dutch mother divorced, leaving Larsen to be raised in a white family when her mother remarried.

Hall filmed Passing in black and white, which makes it feel like a movie of the 1920s and ’30s, but also metaphorical for the issues in the film.

Passing premiered at the 2021 Sundance Film Festival, and Netflix released it in theaters October 27 and on streaming November 11. The African-American Film Critics Association has named Passing one of the year’s top 10 films, and it earned five Gotham Award nominations including Best Screenplay and Best Director for Hall. Negga and cinematographer Eduard Grau are nominated for Independent Spirit Awards, and Negga also for a Golden Globe. 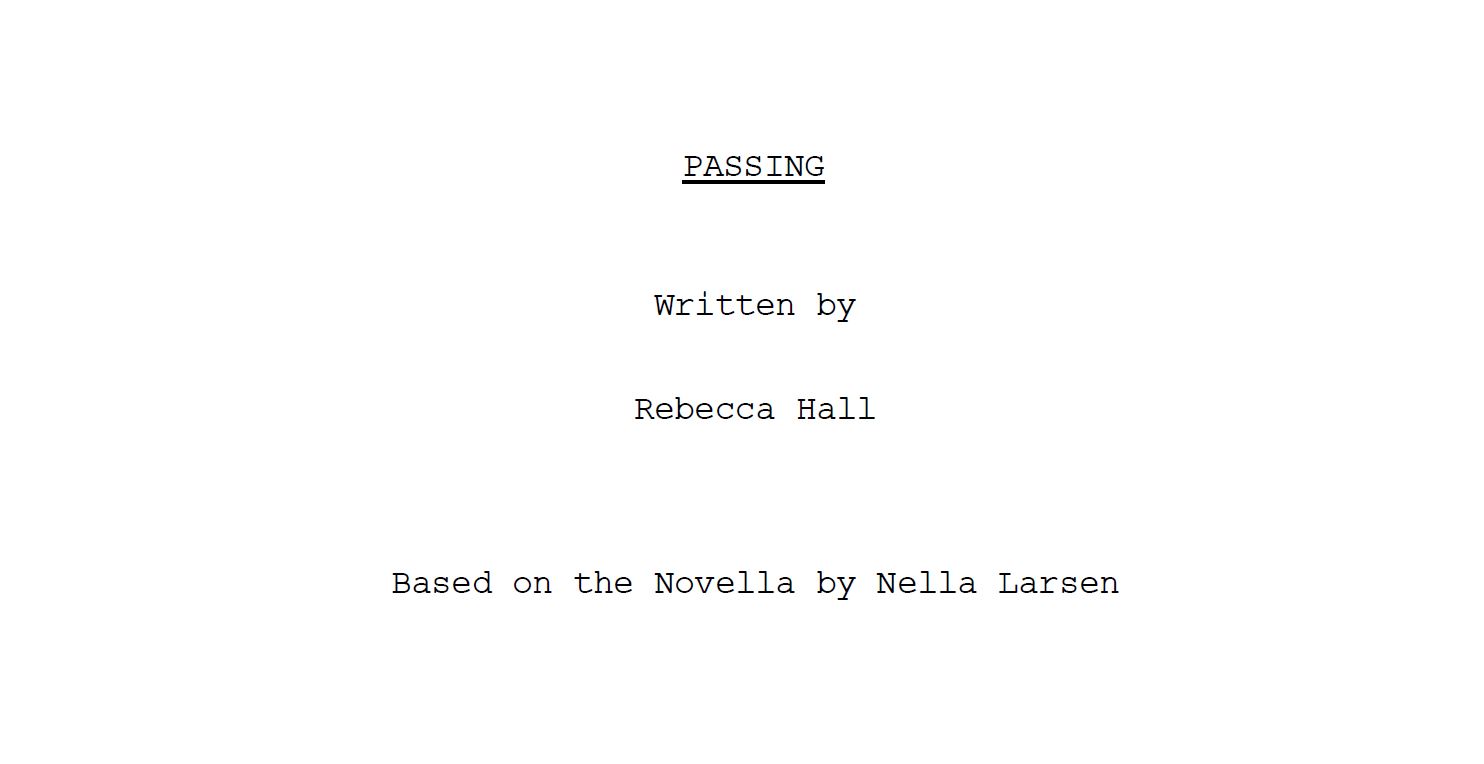 ‘Red Rocket’: Read The Screenplay For Sean Baker’s Portrait Of A “Suitcase Pimp”

‘The Mitchells Vs. The Machines’: Read The Screenplay For Netflix’s Animated Family Adventure