Paul McCartney, 76, reveals he only has one glass of wine a week after watching Ringo Starr take his drinking ‘too far’ during the heady Beatlemania days

He smoked marijuana on and off for four decades and turned to whisky to cope with the stress of the Beatles breaking up.

But Sir Paul McCartney has revealed his wild days are over as he has transformed his lifestyle and now only drinks one glass of wine per week.

He credits his eight grandchildren for keeping him on the straight and narrow as he simply doesn’t have time to enjoy raucous nights out any more.

Lyrics on Sir Paul’s new album, Egypt Station, refer to his bad old habits during the height of his fame as a Beatle.

A song called Happy With You features the lines, ‘I used to drink too much/Forget to come home.’ 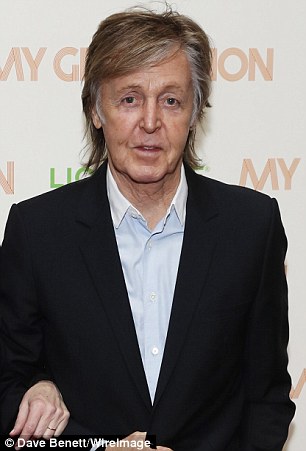 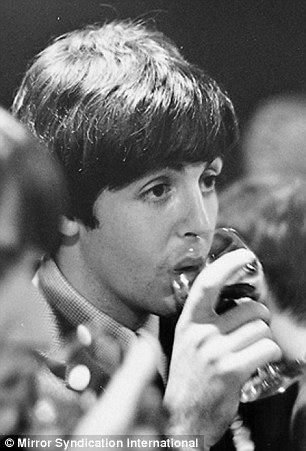 Speaking to MOJO magazine about the lyrics, Sir Paul said: ‘It is candid – I did used to get stoned, and wasted.’

Asked if he was not necessarily happy while he was taking drugs and drinking to excess during Beatlemania, he added: ‘That’s right. Also… I’ve got a lot of friends who are sober.

‘Cos they have to be. Like Ringo [Starr], [former Eagles guitarist] Joe Walsh – because they just took it too far.

‘When we were growing up, everyone would be going to the pub and drinking, but mostly it all seemed quite jolly.

‘But when I talk to Ringo about it, he says: ‘No, if you give me vodka, I would have to finish the bottle.’

‘So that’s empathising with Ringo: used to be doing crazy things, but you don’t now, ‘cos you’re happy. And Ringo is – he’s very content with his life.’

Asked if the lyrics were autobiographical, Sir Paul: ‘I did used to get a little bit more crazy than I do now – I’ve got eight grandchildren. I haven’t got the time.

‘Grandad can’t just be sitting in his armchair with a great big doobie on and a bottle of tequila.’ 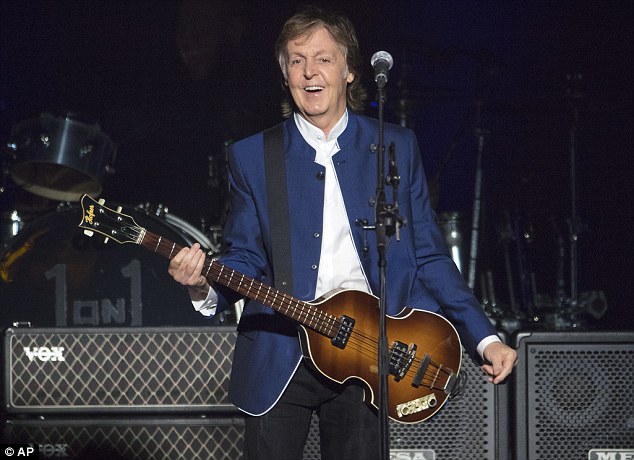 In hindsight, Sir Paul feels he had periods when he was self-medicating with drink, and has admitted in his song lyrics that he would lie to his doctor.

He said this was ‘most particularly in the period right after The Beatles’, adding: ‘I was bummed out and in the middle of this horrendous s*** where someone was going to take every penny we’d ever made.

Sir Paul has previously spoken about his dependence on alcohol after The Beatles broke up, and how he would often worry his first wife Linda with his drinking habits.

‘I overdid it, basically. I’d drink whisky, of which there was a large supply in Scotland. What happened was The Beatles, towards the end, was very constricting,’ he said.

‘You were in a corporate world suddenly. It’s not what you get into music for, but it’s there. It got very heavy, so me and Linda escaped with the kids, but the business hassles were still there.

‘So I think I was just trying to escape in my own mind. I had the freedom to have just have a drink whenever I fancied it.

‘I’d go into the studio, maybe have another drink and so on. I got to a point where Linda had to say, ‘Look, you should cool it’. I’d be getting like, ‘heeyyyy, nice and fuzzy,’ and it’s not a good thing to write. Least for me it’s not.’

He now drinks just one glass of wine a week, although he stressed: ‘It’s a big glass!’

Sir Paul also revealed he has recurring dreams where he sees his late bandmates John Lennon and George Harrison.

Describing his dreams, he said: ‘Failing on-stage, or in the studio. Just it going wrong. We’re playing a dreadful gig somewhere and the audience are walking out. That happens a lot. But it’s kinda nice – I get to meet John and George. So that’s kinda good.

‘Another one is I’ve got my bass and I’m trying to record something and it’s got black gaffer tape all over it. So I’m ripping this black gaffer tape off the neck… Frustration dreams. I don’t think anyone escapes that stuff.’