Months after announcing her shocking departure from NCIS, Pauley Perrette has suggested ‘multiple physical assaults’ were the reason behind her exit.

While not specifically naming the crime series, the 49-year-old actress took to Twitter to make the insinuation just days after her final episode aired on Tuesday.

‘I refused to go low, that’s why I’ve never told publicly what happened,’ Perrette, who played forensic scientist Abby Sciuto for 352 episodes and 15 seasons of the series, wrote on Saturday. 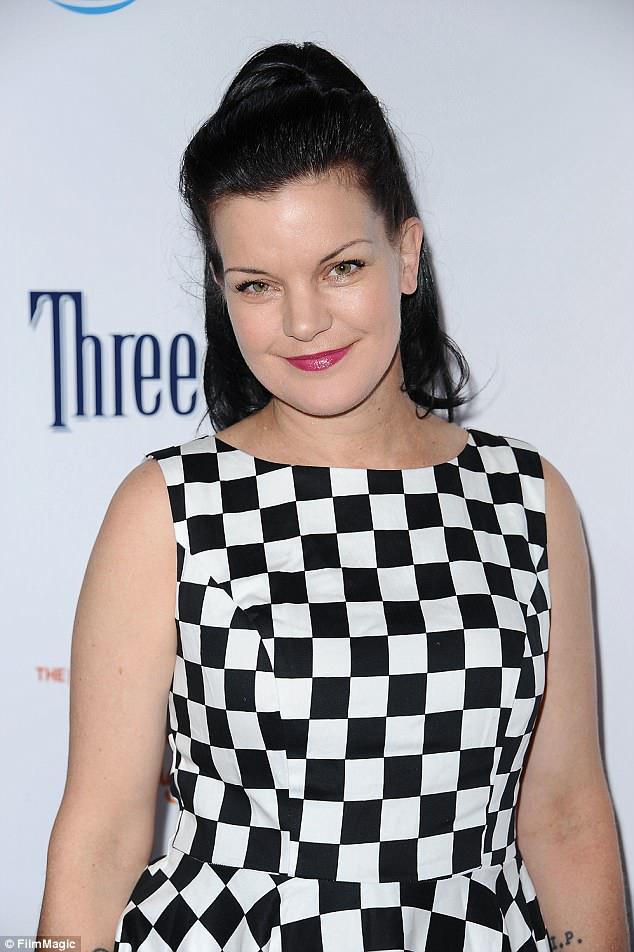 Months after announcing her shocking departure from NCIS, Pauley Perrette has suggested ‘multiple physical assaults’ was the reason behind her exit from the show (pictured 2016)

‘But there are tabloid articles out there that are telling total lies about me. If you believe them? Please leave me alone. You clearly don’t know me. (Sorry guys, had to be said).’

The New Orleans native followed up in the early hours of Sunday morning, tweeting: ‘Maybe I’m wrong for not “spilling the beans” Telling the story, THE TRUTH.’

‘I feel I have to protect my crew, jobs and so many people. But at what cost? I don’t know. Just know, I’m trying to do the right thing, but maybe silence isn’t the right thing about crime. I’m… Just… ?’

‘There is a “machine” keeping me silent, and feeding FALSE stories about me,’ Perrette added. ‘A very rich, very powerful publicity “machine”‘. 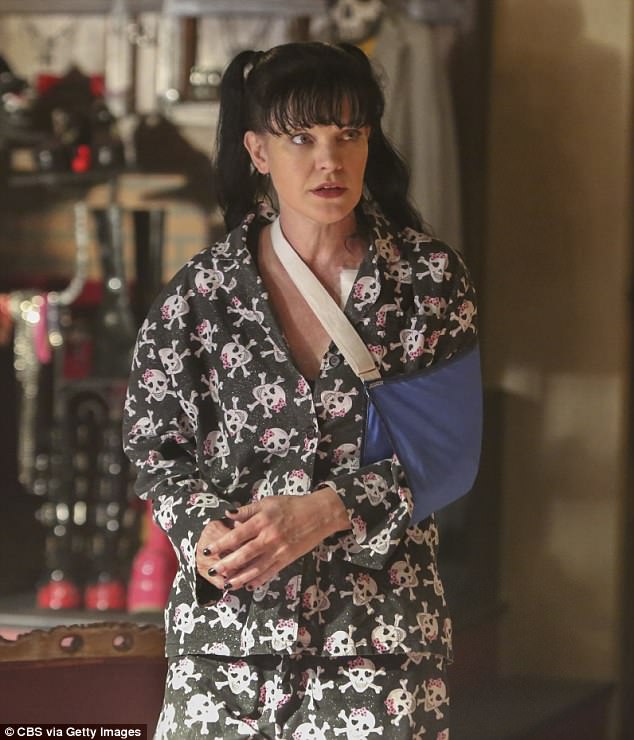 Perrettte donned skull and crossbones pajamas in Tuesday’s edition of NCIS, her last performance in the long-running CBS show (pictured on Tuesday’s episode Two Steps Back) 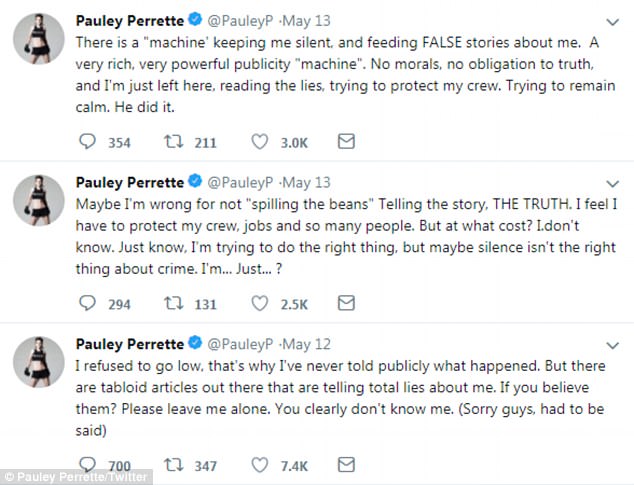 ‘No morals, no obligation to truth, and I’m just left here, reading the lies, trying to protect my crew. Trying to remain calm. He did it,’ she told her fans without saying who ‘he’ was.

And Perrette seemed to imply that she had been assaulted, tweeting: ‘I’ve been supporting anti-bullying programs forever. But now I KNOW because it was ME!

‘If it’s school or work, that you’re required to go to? It’s horrifying. I left. Multiple Physical Assaults,’ she added.

‘I REALLY get it now. Stay safe. Nothing is worth your safety. Tell someone.’ 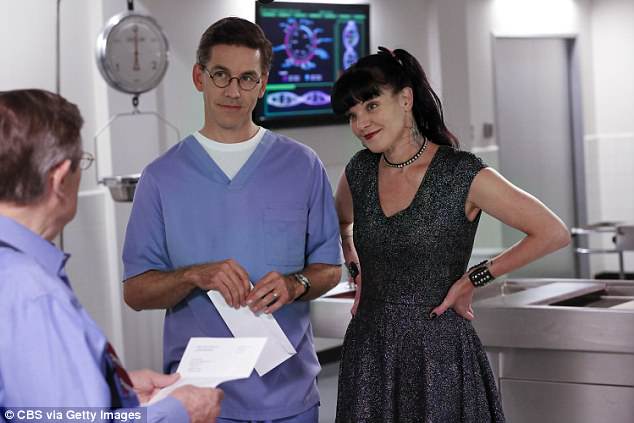 Pauley played forensic scientist Abby Sciuto for 352 episodes and 15 seasons of the series as well as in crossovers NCIS: Los Angeles and NCIS: New Orleans

Perrette also played Abby in crossover shows NCIS: Los Angeles and NCIS: New Orleans, as well as the show they all spun off from, JAG.

Before that, she studied criminal science, sociology and psychology at Valdosta State.

Perrette was planning to finish her Master’s degree before she ‘accidentally’ became an actress.

The NCIS star announced she was leaving the show via Twitter last October. 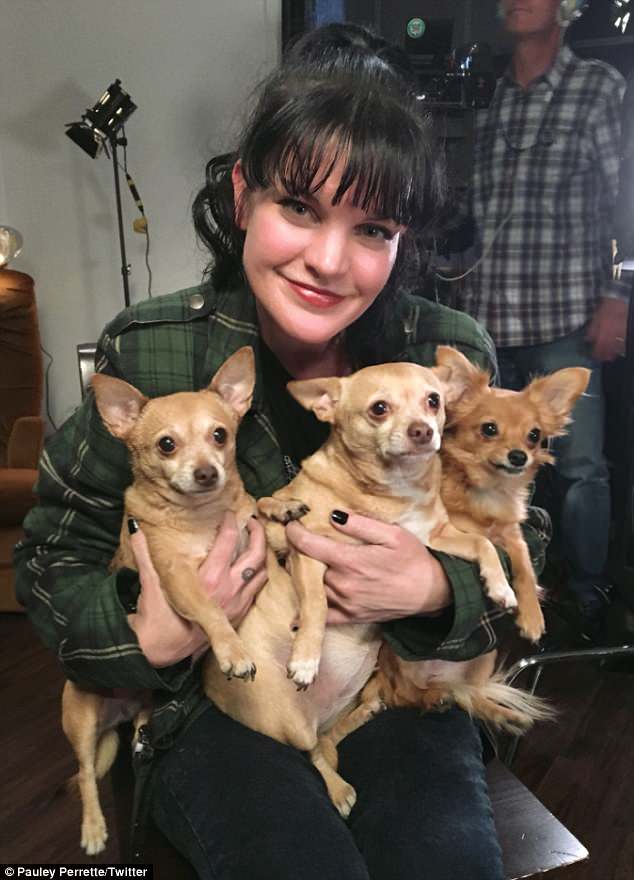