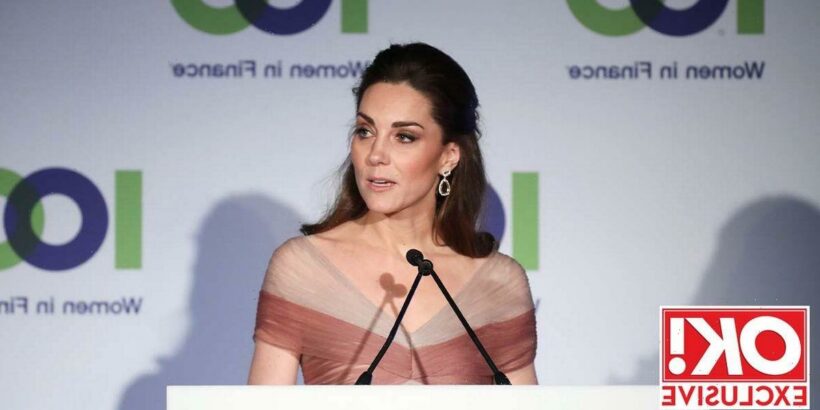 The claim has been made ahead of the 40 year old's appearance on CBeebies Bedtime Stories on Sunday, when she will read The Owl Who Was Afraid of the Dark to children watching across the nation.

And while the Duchess of Cambridge was always well spoken, royal expert Duncan Larcombe says she didn't always sound the way she does now.

Speaking exclusively to OK!, Duncan says: "I first spoke to Kate in April 2005 when she was on a ski trip with Prince William, Prince Charles and Prince Harry in Switzerland.

He continued: "She was always well spoken, she went to Marlborough College College, she was hardly the fishwife in the way she spoke.

"But, having said that, it's as though her accent and the way she carefully speaks and pronounces her words have become more regal over the years and morphed into what we see now.

"It's almost like her accent has changed in accordance with the role that she's played over the years.

"She was every bit the Prince's girlfriend material and, of course, now she has an accent that is fitting of someone who will be Queen."

Duncan adds that it has "never been denied" that Kate had elocution lessons, and that it is a decision she would have made by herself and not on the advice of the Royal family.

He continued: "Kate is a perfectionist, she will look at everything about herself in minute detail so she's know exactly the kind of outfits that she wears to send out the right signals and are appropriate.

"She's elegant when she needs to be and mumsy when it's required. With that sort of attention to detail, can we really blame her for also paying that same attention to the way she delivers what she says?"

"Imagine all the fuss we'd make if after 10 years into marriage into the Royal family she spoke more like Katie Price than Kate Middleton," he finished.

A first-look clip of the Duchess of Cambridge’s anticipated debut on CBeebies Bedtime Story shows her addressing the audience: "Wow, what an incredible, encouraging tale."

The Royal continues: "We can all feel scared sometimes, just like our little owl friend Plop.

"But, as Mrs Barn Owl said, it’s better to find out about the things that scare us before we make up our mind."

For the latest updates on Kate, sign up to OK!'s brand new Royal newsletter.