The Perfectionists picks up two years after the Pretty Little Liars finale — you know, the one that left everyone so happy and stable? But clearly something has happened in the meantime, because Alison has ditched Rosewood and headed west to Beacon Heights, Oregon, where she’s a new faculty member at the local university. In the trailer, Alison tells her driver that she "doesn’t know a soul" (that seems to include her wife, Emily, who is mysteriously MIA), so she’s beyond shocked when Mona suddenly appears in her doorway with a pie and a large knife. Mona and knives do not mix, so yeah, I would be pretty surprised too.

Like Rosewood, Beacon Heights has secrets that are lurking just below the surface. "Someone is about to snap… and kill," Alison’s voice-over says in the trailer. Could it be one of Alison’s well-dressed students? Besides Mona and Alison, six students will form the core of the "Perfectionists," and their secrets promise to be just as creepy as the original PLL mystery. Fans meet the Perfectionists, including Caitlin Martell-Lewis, a smart, motivated student with a dark side, and Dylan Wright, a master cellist stuck between his his boyfriend and his music, in the trailer, but don’t let their good looks fool you: These students are harboring secrets that could take down the entire town. Sound familiar?

The similarities between The Perfectionists and Pretty Little Liars seem pretty clear, but Pieterse insists that the spin-off will have a different vibe than its predecessor. She told Entertainment Tonight:

Ooh, darker? PLL got seriously twisted at times, so it’s hard to imagine how Freeform could one-up the original series, but I’m so excited to watch them try. 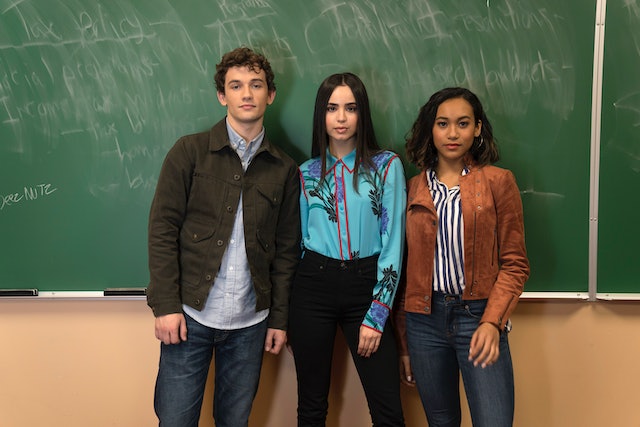 The actress also teased what fans can expect from Mona and Alison’s friendship, which may strike viewers as odd considering that the two were never that close back in Rosewood:

Clearly, the change in location hasn’t made Mona any less shady. Mysteriously showing up in a new town thousands of miles away and skirting around an explanation? Yup, sounds like Mona to me.

The Perfectionists doesn’t have a set premiere date yet, but Freeform has announced that the series will air sometime in 2019. Hopefully that means January 2019, because I need this Pretty Little Liars spin-off in my life ASAP.