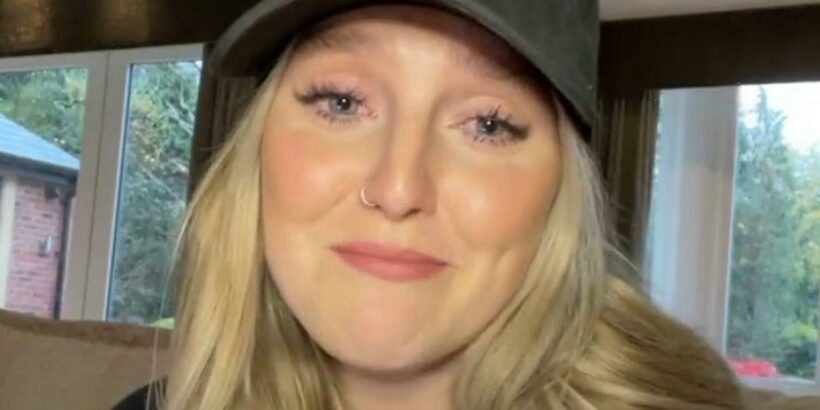 Perrie Edwards gave a rare insight into motherhood on Thursday night as she discussed the moment she gave birth to baby son Axel Oxlade-Chamberlain, two months, after he arrived three weeks early in August.

Taking part in a candid Instagram Live to promote new fashion brand Disora, the Little Mix star, 28, revealed that her mother, Deborah, who had come to stay, mistook her daughter's waters breaking for the star weeing herself.

Perrie explained that her mother thought she couldn't control her bladder due to being heavily pregnant at the time with the singer insisting that something was "seriously happening".

However, despite the dramatic moment, the star sweetly said that it was the most "exciting" and "amazing" experience of her life. Perrie told fans that her mother had come to stay three weeks early and that she had arrived on a Wednesday to which her waters then broke on Friday night while she was fast asleep in bed.

The singer said that she ran into her mother's room insisting that her waters had broke but her mum put it down to pregnancy bladder and explained she had probably wet herself.

Recalling the story, Perrie said: "'No, mum, something is seriously happening, I think my waters have broke,'" with her mother telling her to go back to bed. The singer explained that her partner Alex Oxlade-Chamberlain, also 28, was staying away in a hotel and they were hesitant to call him at first in case it was just a toilet mishap.

However, despite the dramatic start and her waters actually breaking, Perrie sweetly said: "Most exciting thing I've ever experienced in my life!"

She continued: "Most amazing experience of my life, literally can't explain how amazing it was. He [baby Axel] is just the best."

Perrie said of her son arriving three weeks early: "I'm not mad at three bonus weeks, as we keep saying."

The star delighted fans after revealing that she and her footballer boyfriend Alex welcomed their first child on August 21.

Earlier this month, the singer revealed that baby son Axel had arrived three weeks early and the day after they had set his nursery up at the home.

Posting pictures of her son's nursery, she captioned them with: "Can't believe he came the day after we put up the furniture #3weeksearly."