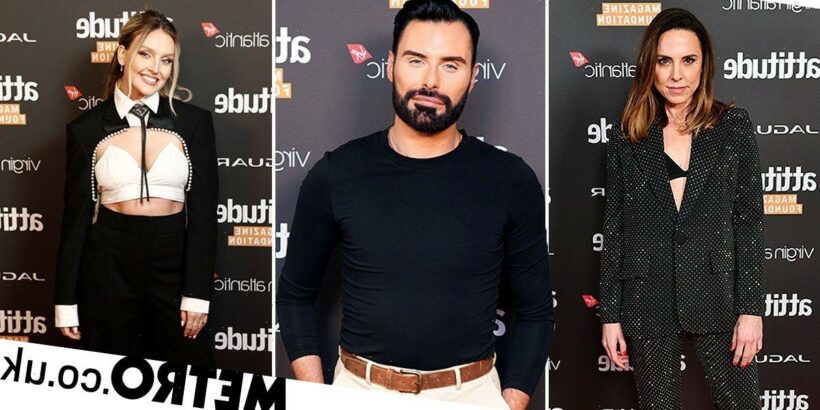 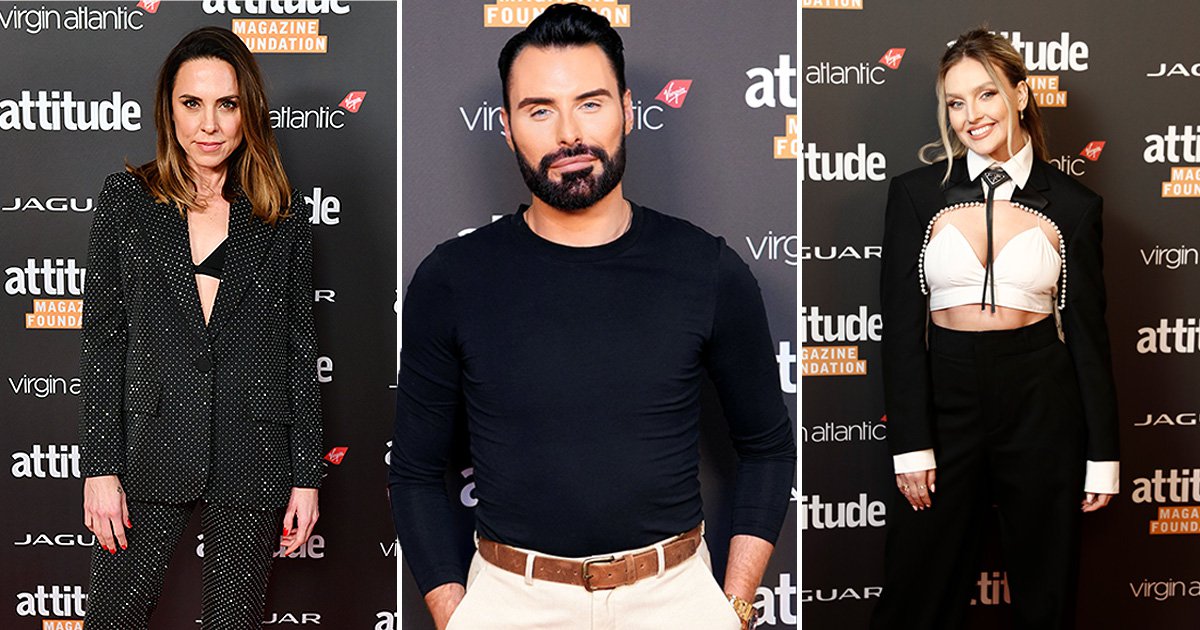 The Attitude Awards saw celebs descend on The Roundhouse in London, with stars including Perrie Edwards, Rylan Clark, and Mel C leading the star-studded arrivals.

The annual awards celebrate the biggest LGBTQ+ names across film, TV, music, and theatre, with many taking the opportunity to get their glam on.

Little Mix star Perrie looked sensational in a black and white number, with Rylan suiting up.

Heartstopper’s Yasmin Finney looked gorgeous in a lilac dress, while co-stars Joe Locke and Kit Connor joined her at the big event.

Dame Kelly Holmes beamed as she rocked up at the awards in a silver gown, after coming out as gay earlier this year.

Spice Girl Melanie Chisholm also looked stunning in a glitzy blazer, as she prepared to perform hits including Who Do You Think You Are? and I Turn To You during the awards.

Also performing was Ellie Goulding, who performed her latest single Let It Die.

Welcoming the attendees, Darren Styles, Publisher of Attitude magazine, said: ‘The world’s biggest LGBTQ media brand returns to celebrate just some of the LGBTQ+ biggest names from film, TV, music, theatre, the arts and beyond with the Virgin Atlantic Attitude Awards, powered by Jaguar’.

He continued: ‘Adding extra special pizzazz to an already sensational event, we are pleased to also welcome Cat Burns, Ellie Goulding, Sink the Pink with Melanie C and Lady Blackbird to the stage for a show unlike any other in the UK awards calendar!’.

Rob Rinder gave a poignant speech, saying: ‘We will not be tolerated, that is not sufficient. We will do more – we will walk together as we have tonight in celebration and delight, in joy, in pride and yes, everybody, in attitude’.

Mel C reflected on the Spice Girls’ impact on the LGBT community, describing the girl group as ‘loud and proud’.

Rylan also paid tribute to the Spice Girls in his speech, as he honoured Mel C with the honorary gay award.