“Raise Your Glass” to Pink, who reminded the world that pop stars need R&R, too. The 38-year-old had to postpone a Sydney date on her Beautiful Trauma world tour, and when an Australian news outlet claimed she did so to enjoy a day on the beach in the town of Byron Bay, she clapped back.

The songstress had tweeted on August 1 that the August 3 Sydney show would be delayed. “I was hoping a couple of days of rest would help me kick this sick, but not at the speed I was hoping for,” she explained to fans. “I appreciate your well wishes and understanding + I’m sorry.”

But after she was spotted on the beach in Byron Bay with daughter Willow, The Daily Telegraph ran photos of the outing with the headline “Pink’s Sydney concert cancelled as she chills in Byron Bay.”

Pink didn’t take this sitting down. She posted a screenshot of the headline to Instagram on Friday, August 3, captioning the photo with a diatribe against the claim.

“I don’t need to clear this up, but out of respect for my fans I will attempt it,” she wrote. “I scheduled this tour meticulously, trying to do what was best for my children, while also putting on the best and most physically demanding and beautiful show of my life. This break in Byron has been scheduled since 2017, as a way to get outside the hotel and the winter and have some time with my children. I’ve already been sick twice (kids as well) on this Australian tour, but the first time we got sick, I was able to push through.” 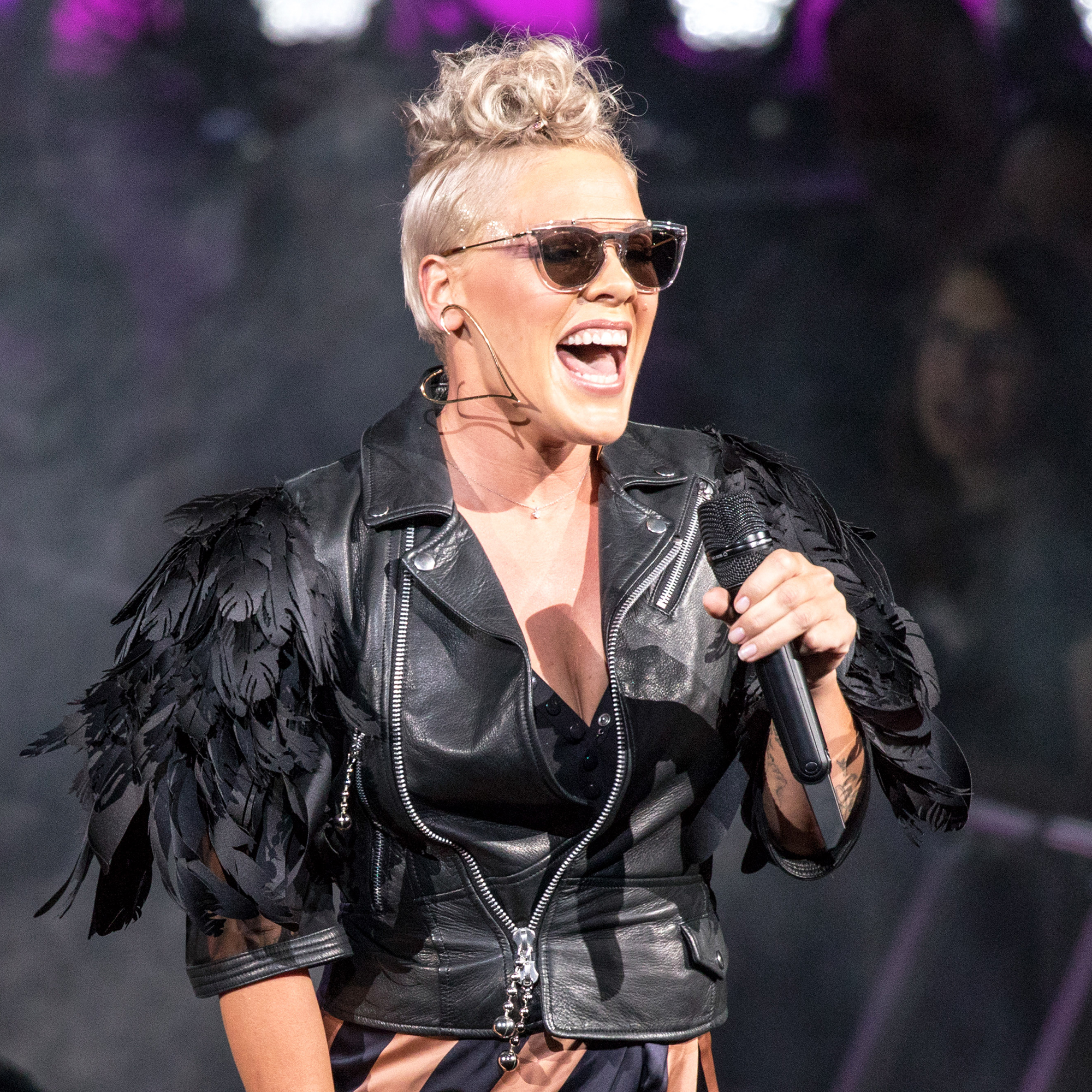 She continued, “This time, what these parasite paparazzi don’t show you, is two doctor visits in Byron on two consecutive days, antibiotics, steroids, Vick’s, nose spray, throat spray, more steroids, NyQuil, a screaming baby in the middle of the night, every night, while mama gives him warm baths and tells her daughter everything is fine … What they don’t show you in this picture is me drinking water and lying down while my friends try to entertain my 7 year old who is asking me why these creepy men are surrounding us and pacing back and forth and taking pictures of her every move.”

And the three-time Grammy winner defended her reputation: “You can think whatever you want, it’s your right, but I have never taken advantage of any one in my entire life. I have never f—ked off while disrespecting hard working people who spend money to come see me play. I have never phoned in a single tour, I have an impeccable record for not cancelling. I mother with everything I have whilst handling all the rest. The snark in this is unbelievable and makes me long for a nicer world. I’m doing the absolute best I can, and you can believe it or not.”

At the end of the post, Pink promised to see everyone at the August 4 Sydney show, whether she was better or not, and promised to reschedule the postponed show.

“As I said, I’m sorry to the real fans who this situation has affected,” she added. “Onwards and upwards.”

Justin Timberlake, who has performed alongside Pink on two concert tours and at Super Bowl LII, came to her defense in the post’s comments. “As an artist who has had the fortune of sharing the stage twice on tour with this incomparable badass … I’m here to tell you that you won’t find a harder working, more authentically talented, and more thankful for her place on that stage and her fans than this woman,” the 37-year-old wrote, adding that he’s currently touring amid an injury and a sinus infection while trying to be the father he wants to be to 3-year-old Silas. “I don’t know how moms/artists like you exist.”