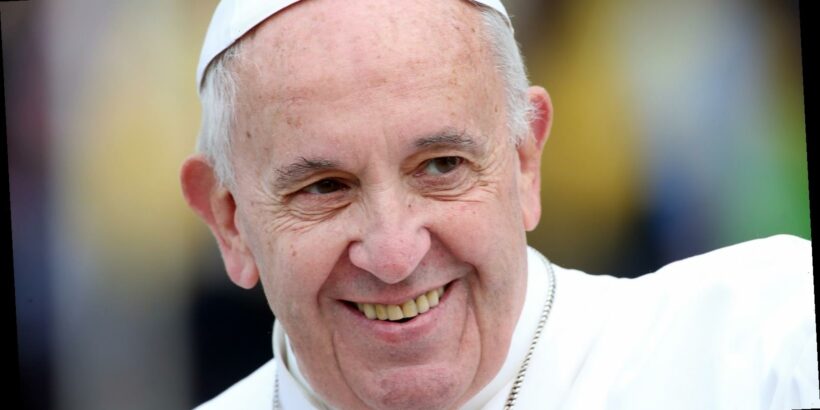 Pope Francis may be one of the most powerful people in the world as head of the Catholic Church, but that doesn’t necessarily mean he is the richest. His Holiness has been highly regarded for his efforts to speak out about climate change, religious intolerance, LGBTQ rights, and sexual abuse in the Catholic Church, according to Discovery, which the network hopes to showcase in their new documentary FRANCESCO. Set to release via Discovery+ on March 28, 2021, the documentary will give an “unprecedented look at the man behind the cloth,” according to the network.

“Humanity is experiencing a crisis that is not economic or financial,” Pope Francis said in the trailer for the documentary. “It’s ecological, educational, moral [and] human.” But while the religious leader clearly values character over materialism, he is sitting pretty thanks to his net worth, however, the figure might not be as staggering as you’d expect. Keep scrolling to see Pope Francis’s net worth.

The Pope's net worth is complicated

Determining Pope Francis’ net worth is a little tricky since his assets are usually lumped with the Vatican, which is valued at a whopping 4 billion euros, per Reuters. But while the pope’s true net worth isn’t clear, we do have a little insight into his bank account.

Following Pope Benedict’s departure from the role in 2013, his retirement pension was reported to be about $3,300 a month, per CNBC, so we can only assume Pope Francis’ retirement will be comparable. But asides from the pension that awaits after his stint as the head of the Catholic Church, the pope “does not and has never received a salary,” the Vatican shared in 2001, per The Irish Times.

But while there are discrepancies about the number of zeros to his name, the figure probably doesn’t matter to the religious leader since he chooses to live a modest lifestyle anyways. “Francis seems uninterested in spending, a radically different approach from most of his predecessors,” Bloomberg reported, citing how he chooses to live in a three-room dorm instead of the lavish digs of his predecessors. “He isn’t anti-capitalist, but he emphasizes mindfulness in spending, whether personal or corporate.”