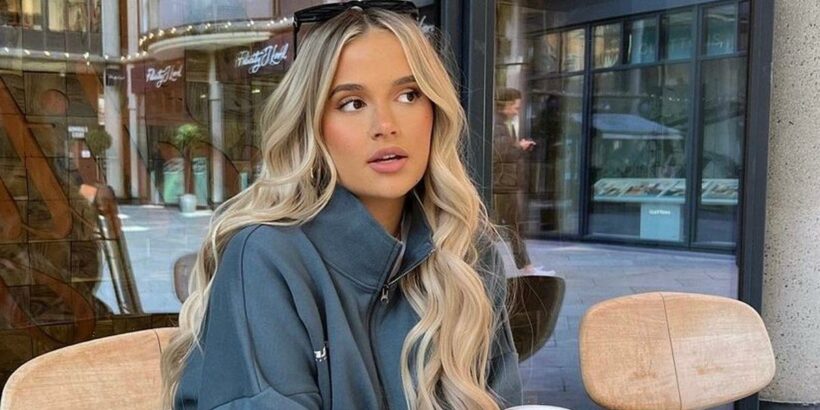 Pregnant Molly-Mae Hague was left "soooooooo emotional" after revealing that her 4D baby scan was a "huge fail" when she and Tommy Fury couldn't see their unborn baby daughter's face.

The 23 year old social media sensation shared a snap of herself and her beau Tommy, also 23, smiling in the car, presumably on the way back from the scan, but she revealed that all did not go to plan.

Over the top of the snap, she wrote: "Yesterday on our way to baby girls 4D scan which was a huge fail," before saying that she had been "sooo excited to see her little face" but they couldn't see it.

She went on to clarify that the baby was "completely fine", later saying that she's "perfect, fit and healthy".

Molly went on: "We left it for as long as possible aswell to have this scan as they say the older the baby the better, so I had been counting down the days…

"Wish I hadn't been so optimistic, I didn't realise there was a chance we would see nothing."

Ending her message, Molly-Mae said: "I just know she's gonna look so much like her dad!".

Molly-Mae then shared a snap at the cinema (which is a favourite date night for her and Tommy), as she revealed that they had gone after the scan to "cheer me up".

She said: "I weirdly got sooo emotional from the scan," which she said hadn't happened as much since the first few weeks of her pregnancy.

The star is expected to give birth in December or January, and she and Tommy are excitedly awaiting their new arrival, with Molly-Mae later sharing that they only had to complete the nursery at their £4m mansion, before all renovations were complete.

Molly-Mae announced her pregnancy in September, when she was almost six months gone, after managing to hide her bump in strategic clothing.

To share their happy news, Molly-Mae posted a heartwarming video montage which included the pair's moving speeches to one another as part of the Love Island finale.

It then went on to show Molly-Mae showcasing her blossoming bump in a fitted dress as boyfriend Tommy lovingly caressed her stomach.

Just a month later, Molly-Mae took to Instagram to share the exciting news that she and Tommy were expecting a baby girl.

She uploaded a video as the pair popped a balloon to reveal pink confetti, before she and Tommy shared a sweet embrace and a kiss as they celebrated their happy news.

In the caption, Molly-Mae wrote: "OUR LITTLE…" with an angel, cloud and heart-hand emoji.