The Duke and Duchess of Sussex are back! Prince Harry and Duchess Meghan (nee Markle) returned home to Kensington Palace on Monday, May 21, two days after they tied the knot at St George’s Chapel at Windsor Castle.

The newlyweds were all smiles as they were spotted in their car returning to the palace after their royal wedding festivities, including Saturday night’s reception at Frogmore House hosted by Prince Charles. The duo were both wearing dark sunglasses, and Meghan appeared to have a similar hairdo and the was wearing the same earrings that she rocked at her reception.

Prince William and Duchess Kate, meanwhile, were also sporting dark sunglasses when they returned back to the palace on Sunday, May 20.

A source told Us Weekly that the newly minted duchess thanked her mother, Doria Ragland, and the royal family in her emotional speech during the party. The insider also notes that Idris Elba acted as the DJ at the reception and Meghan, 36, danced with her girlfriends.

After the reception, Harry, 33, and Meghan spent their wedding night at the Windsor Castle state apartments, a source confirms to Us. 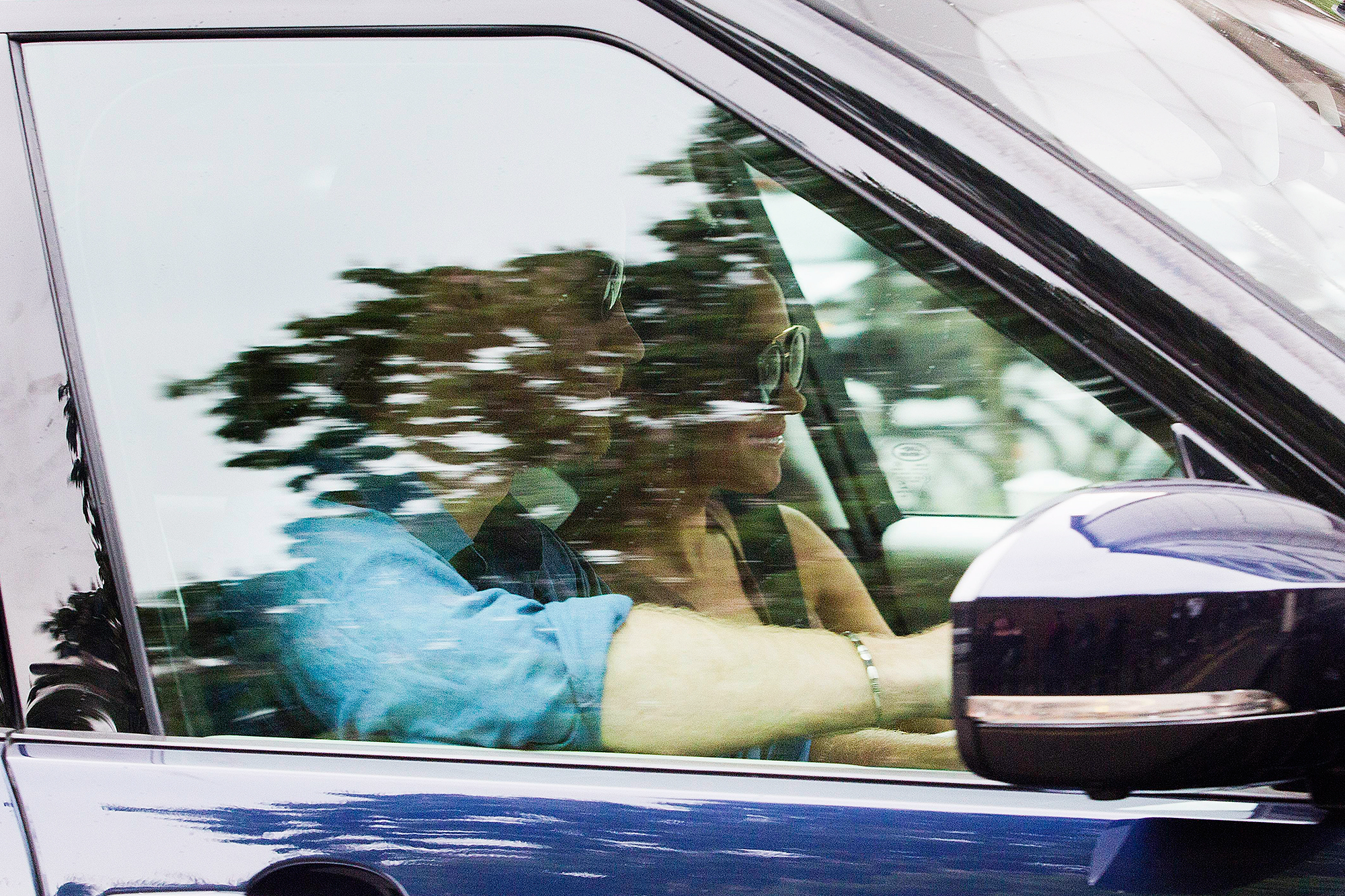 The duo returned home the same day that their official wedding portraits were released. The three stunning photos were taken by photographer Alexi Lubomirski in the Green Drawing Room of Windsor Castle after the carriage procession on Saturday.

In addition to one picture of just the two of them, Harry and Meghan posed with royal family members including the Duke and Duchess of Cambridge, Prince George, Princess Charlotte, Queen Elizabeth II, Prince Philip, Prince Charles and Duchess Camilla. The third picture was of the the couple and their 10 pageboys and bridesmaids.

Harry and Meghan, whose wedding was watched by more than 29 million Americans, are set to make their first official appearance as a married couple at an event for Prince Charles at Buckingham Palace on Tuesday, May 22.