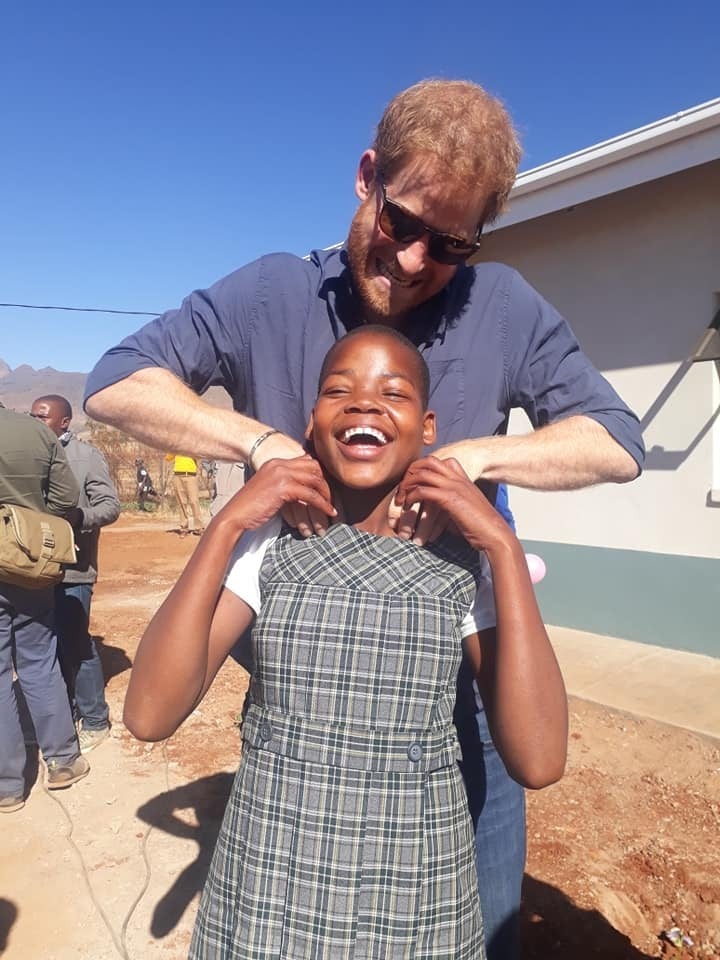 Prince Harry has certainly been keeping busy! After attending Royal Ascot with Meghan Markle last week, the royal jetted off to Africa for a solo trip to Pitseng, Lesotho. On Sunday, Harry supported his charity Sentebale, which supports the health of children affected by HIV, for the opening of a new community hall at the Phelisanong Children’s Centre.

According to a spokeswoman for the charity, Harry was on “a private visit” to see the work of the charity. “During his private working visit to Sentebale in Lesotho, the Duke visited one of Sentebale’s community-led partners for the opening of a new dining hall,” she added. “This was funded by the charity and will provide a space for children to eat together and have an indoor space to play.”

In addition to his trip to Pitseng, Harry is also set to travel to Botswana for a board meeting of Africa Parks, a conservation charity he supports. Though Meghan did not travel with her husband this time around, the newlyweds will be going on their very own royal trip soon. The two will visit Dublin, Ireland, in July, followed by a tour to Australia, Fiji, the Kingdom of Tonga, and New Zealand in the Autumn. In the meantime, get a glimpse of the sweet photos from his latest trip.