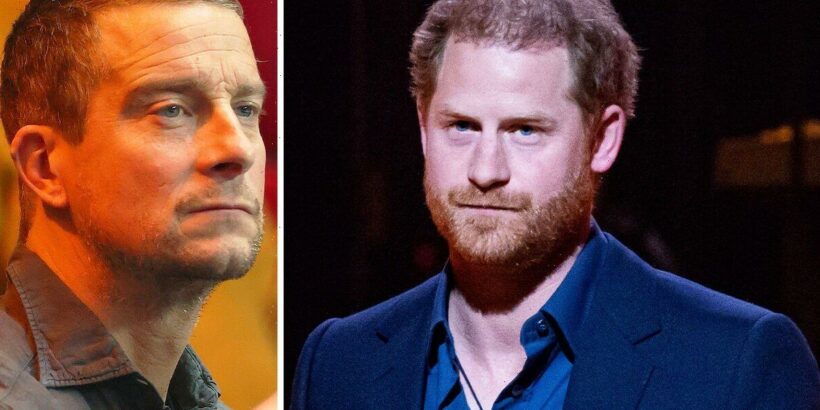 Prince Harry’s “constant battle” with mental health has been addressed by Running Wild presenter, Bear Grylls. Speaking exclusively to Express.co.uk, the adventurer and climate activist, 47, spoke candidly about the issue of mental health as well as the launch of his Gone Wild Festival following the coronavirus pandemic.

It’s a constant battle as well for so many veterans

The Running Wild presenter previously told how he struggled from the death of his father when he was younger.

Bear wrote: “When my father died unexpectedly I was just a young man, so I sought out counselling.

“I did it covertly because I was embarrassed that I needed help, and felt overwhelmed and panicked by silly stuff.

“Sharing it helped, and reminded me of the fundamental truth that the first step toward empowerment is honesty,” he previously told GQ Magazine.

Last year, Harry spoke candidly about his struggles in the docu-series, The Me You Can’t See, which saw him speak to talk show host Oprah Winfrey about his mental health battles.

Harry had also previously shared how he had “shut down all of his emotions” following the death of his mother, Princess Diana, at just 12 years old.

When asked about how it felt to hear the Prince’s revelations about his mental health, the Channel 4 host admitted that it is a “constant battle” for lots of people.

Bear answered: “I think mental health is a key part of all of our lives.

“And, you know, it’s a constant battle as well for so many veterans,” he added.

The star went on: “It’s a big focus for the charity that we raise money for at Gone Wild and I think it’s all a reminder that together we’re stronger.

“We’ve got to look after each other.

“We got to talk about stuff. And this sort of thing really matters,” Bear said.

Elsewhere in the interview, Bear admitted that it was “neve-wracking” to launch his family festival for the first time since the Covid pandemic.

He said: “I think it’s been a pretty tough couple of years to launch a Festival and it was always a nerve wracking thing, but it had incredible support from so many people.

“I think families are hungry for an adventure type festival in a safe space where they can enjoy making music, making food and get access to fresh experiences and so many cool adventures.

“It was the highlight of the year, that weekend I was with the family, seeing so many other families and young kids axe-throwing and paddleboarding and wild swimming and abseiling off this castle.”

Bear gushed over Your Yorkshire Farm star Amanda Owen for being a “huge support”.

He said: “She’s great, there’s so many diverse types of people like that.

“But people love her and she’s been a huge support to Gone Wild and really encouraging,” he added.

Gone Wild Festival is on from 25 – 28 August. Tickets are available to buy here.