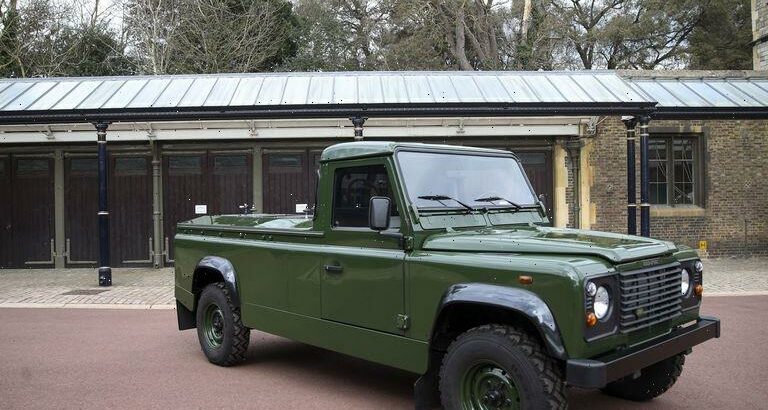 Prince Philip loved many things: A well-cut suit, a good game of bicycle polo, and Bond, James Bond, the legendary spy he helped break through censors to find a home in the United States. And Land Rovers. Prince Philip really, really loved Land Rovers. He once told the Queen that when he died, “Just stick me in the back of a Land Rover and drive me to Windsor.”

It looks like Prince Philip will get his wish. Following his death on April 9 at the age of 99, his funeral will take place in the Windsor Castle’s chapel this Saturday. The hearse? Instead a traditional horse-drawn carriage carrying his casket, the late prince will ride in none other than a Land Rover he customized himself. It turns out that he’s been working on the ride—in tandem with Land Rover, no less—since 2003. The final product is damn impressive, too—and a fitting sendoff to the Duke of Edinburgh.

Here’s the story. According to BBC, the duke worked on a modified “gun bus” back in 2003. (Gun bus = A transport vehicle for Brits to whirl around in during hunting parties.) For the bespoke vehicle, he opened up the top rear section, repainted it a dark bronze green color—a nod to his time in the royal navy during WWII—and stoppers to keep his coffin in place. Other specs: Green hubcaps, no plates, and a black grille. The vehicle came together at Land Rover’s Solihull factory under Prince Philip’s supervision. According to Buckingham Palace? The funeral, Land Rover and all, will go exactly as planned by the duke himself. 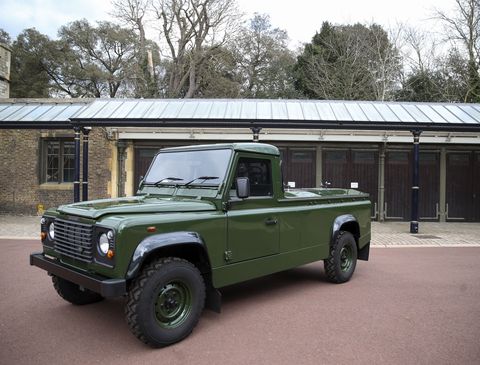 It’s no surprise that the prince would forgo tradition in favor of a better vehicle for his final drive. First of all, the relationship between Land Rover and the British Royal family has decades-old origins, going all the way back to when the manufacturer gifted King George VI its 100th vehicle built. When the Range Rover launched in the 1970s, Prince Philip found his permanent driving home, riding in countless models throughout his life. One highlight? Playing chauffeur to a visiting Barack and Michelle Obama, when he whipped around in a L406 fourth-generation Range Rover back in 2016. Though, when he was 97 years old, Prince Philip got into a car accident behind the wheel of a Land Rover Freelander, leading to a voluntary suspension of his drivers license.

If you want to see Prince Philip’s Land Rover in action for yourself, coverage of the funeral service will begin on ABC News Live at 9:30 a.m. ET. Prince Philip’s coffin will be placed on the Land Rover at 9:40, with the procession to St. George’s Chapel shortly afterward.